How it works. The HP LoadRunner is a combination of different tools; namely virtual user, generator, controller, load generator and analyser.

The virtual user generator allows, creating scripts that generate a series of actions, such as navigating through the software, amongst others.

The controller takes the script and runs it through a schedule that is set up for testing.

Some of the advantages of using LoadRunner are that it is easy to use with nice GUI, does not need installation on servers under testing, uses native monitors, has excellent monitoring and analysis interface and excellent and active support from HP. The only disadvantage associated with this tool is its cost.

Build scripts: Script represents user’s activities in the application, scripts are real-world usage scenarios built by the tester based on a design plan—without any programming, and it is built by pointing and clicking through the target application’s user interface (UI).

Schedule workload: Schedule defines the sequence and ordering of script execution. It dynamically adds load during the run to find breakpoints.

Execute and analyse: Results after load testing give a clear picture of whether the system can or cannot handle the load. The data provided helps to locate the root cause of a problem.

Advantages:
(i) Supports XML and is significantly cheaper than LoadRunner
(ii) No programming knowledge is required
(iii) Diagnoses Weblogic and Websphere application servers
(iv) Gives you the option of using a persistent cursor for data tables

Disadvantages:
(i) Does not support Java applet-based application
(ii) Scheduling is not possible
(iii) Connection handling is not visible to the user 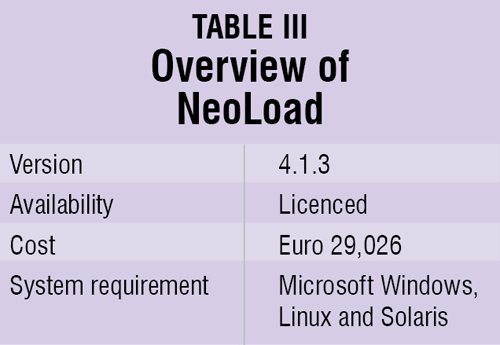 3. NeoLoad. NeoLoad is a load and performance testing tool used to measure and analyse the performance of web and mobile applications.

NeoLoad helps in analysing the performance of a web application by increasing traffic to the application and monitoring performance under heavy load conditions. It is designed and developed by a French company named Neotys. It is written in Java and is available in English and French languages. 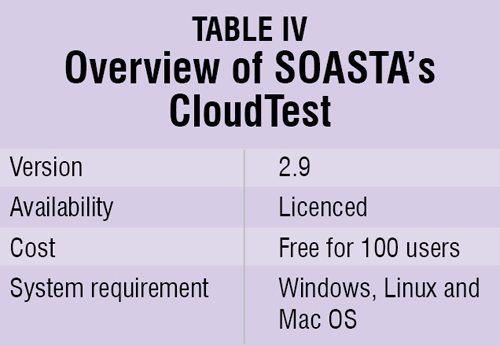 How it works. NeoLoad has two main components: the controller and the load generator

The controller. Provides a graphical interface from which the user can create and record scenarios, run tests and analyse the results. It monitors the web infrastructure’s various components without installing any agents on the server 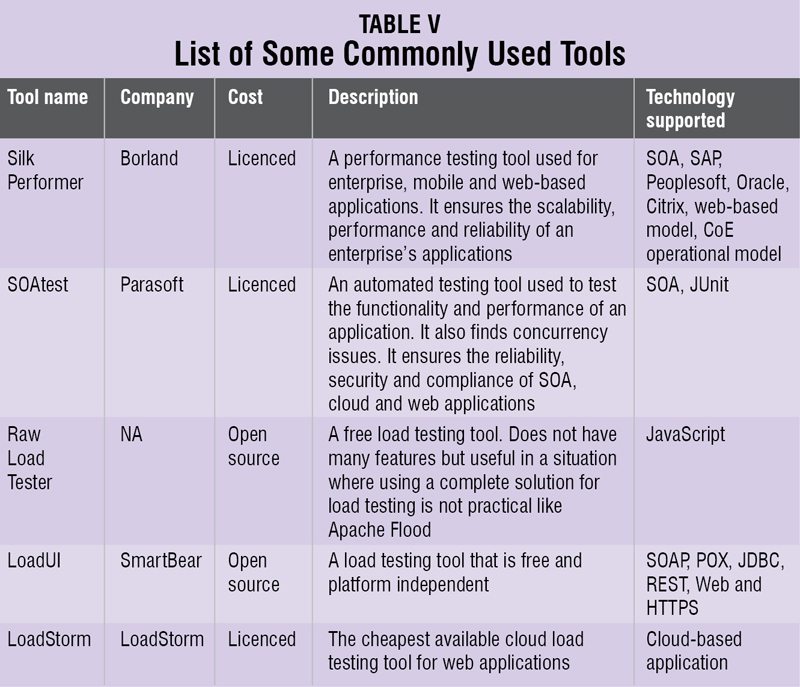 NeoLoad is compatible with all web servers and web application servers like J2EE, .NET, PHP, ASP, CGI, AJAX and SOAP. The main features of this tool are that it supports Digest, Basic, NTLM and form-based authentication. It also supports client certificate authentication. It supports hybrid and native mobile application, and also JSON and SPDY protocol. NeoLoad does not cover all bases on protocols such as Citrix ICA or RDP.

4. SOASTA’s CloudTest. Cloud testing is a type of software testing in which web applications use cloud infrastructures to simulate real-world traffic. SOASTA’s CloudTest is one of the industry’s best selling software to perform cloud performance testing. It has the capacity to simulate thousands of users to use the application at the same time. It increases the traffic on the website to monitor the actual performance under peak load condition.

CloudTest is designed and developed by the American company SOASTA, Inc. This is not s free software. The trial version is available.

Some of the benefits of using this tool are that it lives in the cloud, so there is no need for the associated headaches of installation, managing injectors, controllers and analysis tools. Software also has advanced deploy and diagnostic capabilities—if a service fails on a cloud host, it detects and redeploys automatically. SOASTA provides run-time load analysis. This allows detection and investigation of issues as they happen.

Some other tools are listed in Table V.

The author is currently working as a project engineer at CDAC, Mumbai. Her research interests are software testing and reliability, and software metrics