Powered by a Qualcomm Snapdragon 820A (an automotive grade version of the 820), the Android in-car concept doesn’t have an official name. 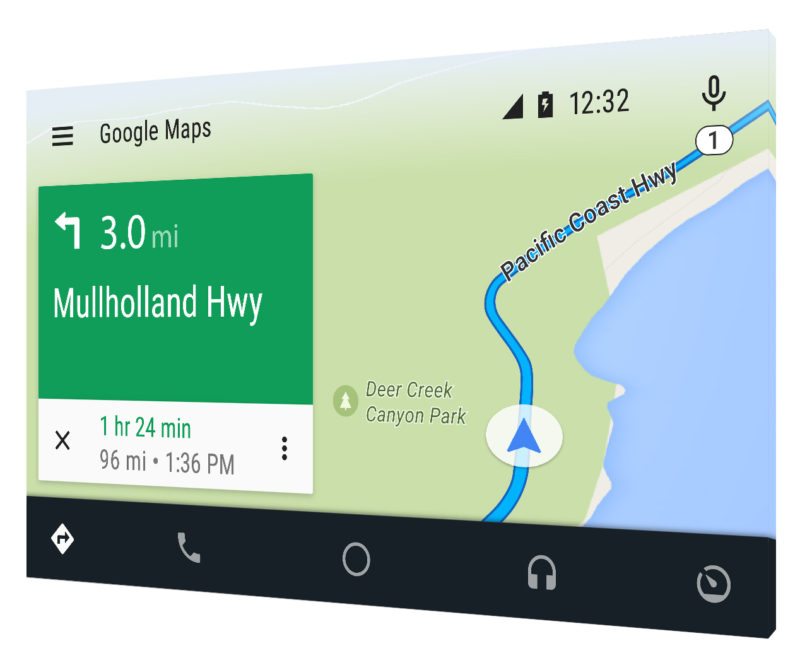 This automotive variant of an Android N operating system natively running in a car would allow carmakers to develop infotainment systems that can access automotive electronics and functions.

It has heating and air conditioning, AM/FM radio, connectivity and other core functions besides the usual media, navigation and messaging apps.

The demonstration of Android N is completely between Google and Qualcomm. They purchased the car and had the entire dashboard gutted and replaced with a big 4K touchscreen and a fully digital gauge cluster.

The experience is quite neat – everything from heating and air to seat massagers is managed on the gigantic touchscreen in the center of the concept vehicle, and Android N even projects secondary information onto the vehicle’s digital gauge cluster.

The way the cluster animates new music tracks, calls, and turn by turn directions is just plain cool. The interface itself looks like a mashup of Android Auto and something that’s altogether a bit new, with much higher information density than the current Auto UI.

The HVAC controls, for example, are little balls at the bottom corners of the display that pop up. There’s a status bar at the top of the display indicating your connected smartphone’s status (and presumably, vehicle status), too.

Ultimately, Google’s move will lead to a shakeup of embedded operating systems – especially the growing number of different versions of Linux OS currently proliferating on the automotive market.