Why Distributed Solar Power Is Crucial

Sunlight is omnipresent. Why then centralise such well-distributed energy into a multi-megawatt solar farm, and redistribute it, losing 25 per cent in transmission? -- P.S. Deodhar 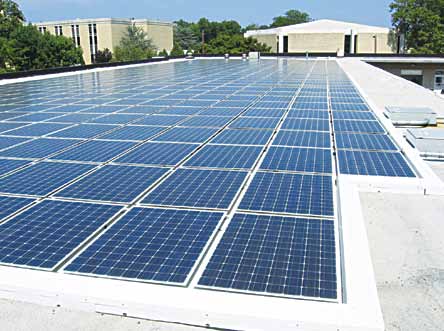 Oil, gas and coal are not present everywhere, so it makes sense to have a thermal power plant close to its fuel source. A hydro-electric power plant needs to be situated next to a waterfall and nuclear fission needs a protected zone around it. There is no option but to have these plants centralised.

Central power plants essentially need extra-high-tension (EHT) power transmission. As a result, these involve a high investment cost and suffer huge losses in transmission. Fossil-fuel power plants, such as coal-fire power plants, also add heavily to pollution. In fact, they are responsible for as much as 40 per cent of the earth’s greenhouse gas emissions.

Distributed power generation, small, is a method of generating electricity and other forms of energy from locally available energy sources such as sunlight, wind and biomass. These energy sources are omnipresent, and can be tapped at the point of actual use. They can meet the power needs of remote areas with lowest investment and also help to improve the quality of power in small cities and towns.

Distributed solar and wind energy generation can eliminate the need for inefficient ‘central’ solar and wind farms that are typically owned and operated by large electric utility companies. Small solar power plant can be locally owned by qualified small or medium enterprises (SMEs). These will also help to create much needed local employment.

Distributed power plants can cater well to the electrical power needs of a cluster of villages, ensuring power generation at the point of consumption, with zero transmission losses. Western countries, in fact, are planning for power self-sufficient communities based on locally available renewable energy sources.

Distributed power projects directly benefit the consumers and it makes great sense to set up these even where power grid has not reached.

If the grid is available, small power plants with 5-300kW capacity can feed the energy generated at a low voltage into a local substation. This locally generated power will first feed the local loads and the excess will go elsewhere, ensuring use of full power generation capacity of the plant. Distributed power plants also have very little greenhouse gas emissions.

Distributed solar advantages in a nutshell

No transmission losses. Grid-connected multi-megawatt solar farms at 11kV and above not only suffer from usual distribution loss of 15 per cent (20 per cent on the power grid, not counting 10 per cent additional loss in theft) but also further loss of three to four per cent in stepping up the expensive solar power generated at 400V.

No restraint on location. Solar photovoltaic (PV) technology is clean and quiet, which means it can be sited on or within a locality. Distributed solar is also easy to adapt to site conditions and scalable to existing transmission capacity.

Mini grid protocol. Many small plants can be progressively linked via the small generator interconnection protocol (SGIP). The result is that distributed-scale projects go through a quicker review and are less likely to encounter huge delays and bureaucratic wrangles waiting for lengthy power grid extension.

Lower cost than extending National Power Grid. The 2003 plan of the Ministry of Power in India to extend the grid power was abandoned because the investment required per house was Rs 23,000. In 2012, it could be even double. With local mini-grid, this cost will be much below Rs 20,000. More importantly, the energy is free of cost.

Grid stability. A large part of distributed solar power is consumed locally. Multi-megawatt plants, on the other hand, supply 100 per cent to the grid. Managing the grid becomes difficult with increase in solar penetration.