Learning To Develop Engineering Skills Is Like Learning To Lift Weights

It is widely understood that the theoretical education imparted at engineering colleges does very little to help an engineer learn how to develop products – it just sets the base for it. So then how do you get started with building electronic projects? let’s take a look.

Q. WHAT ARE THREE OF THE MOST EXCITING PROJECTS THAT YOU HAVE SEEN BUILT WITH A RASPBERRY PI?
A. There are two hobbyist projects that I have felt to be the most interesting.One is the homemade GPS receiver built by Andrew Holme,who used commercial off the shelf parts and an FPGA to implement the digital logic sections. The result is a portable, battery-powered, 12-channel GPS receiver that acquires and tracks satellites, and continuously re-calculates its position, without any user-intervention at all.I’m also a big fan of space style projects, and Dave Akerman’s the one who has been doing some fascinating work here in sending Raspberry Pi’s up in weather balloons. The latest iteration of the device features radio telemetry, SSDV images, a 3G link for video and backup telemetry, and sends a live video stream as well as stores full size images on its SD card.In the professional arena, we have the Slice media player that was built on the Raspberry Pi Compute Model. This is an innovative new media player that connects to your TV via HDMI and is capable of storing and playback of full HD media. It comes with a 2TB HDD, Wi-Fi, and an LED light ring,while the whole setup runs on open technologies.

Q. THE NUMBER OF FUN COMMERCIAL PRODUCTS BEING BUILT ON DEVELOPER BOARDS IS AMAZING. WHAT ARE THE BIGGEST BENEFITS TO USING OPEN SOURCE DEVELOPER BOARDS FOR PROTOTYPING AND IN R&D CENTRES FOR PROFESSIONAL ENGINEERING?
A. Open source boards have been a great tool for prototyping and R&D centres. This is especially because the boards were well documented and as a result offered much better support compared to proprietary boards. Moreover, boards like the Raspberry Pi are cheaper since the production numbersare quite high.This allows the company to minimise manufacturing costs due to economies of scale, and pass on the savings to the end-customer. It is also much easier to integrate an open source board rather then developing your own PCB from scratch.

Q. WHAT DO YOU FEEL OF THIS OPINION FROM CERTAIN PEOPLE THAT EXTENSIVE USE OF DEVELOPER BOARDS MIGHT EVENTUALLY AFFECT AN ENGINEER’S FUNDAMENTAL ENGINEERING ABILITY?
A. It is understood that it is much simpler to use a development board, and that you might learn more if you were developing your board from scratch. However, I don’t agree that these are a threat to the talent level of the engineering community. It doesn’t make sense to deliberately make things difficult for people looking to build their skills with something. Learning to develop engineering skills is like learning to life weights. You should start with an empty exercise and then keep on adding more challenges.

Q. SO IT’S A CONSTANT LEARNING PROCESS?
A. Yes and engineers would also always want to figure out a way to get things done as quickly as possible. Additionally, even with the help of a board, there is still plenty of hard work left in the form of integration. If you look at the market, there are very few products that come out in the form of just a Raspberry Pi and a box – they are always integrated to something else like FPGAs or other systems. Even for me, it is kind of difficult to put down an Atmel chip on to a new board while designing a new project. 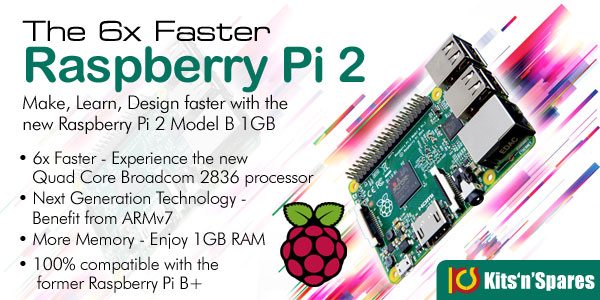 Q. TALKING ABOUT LEARNING FROM DEVELOPER BOARDS, WHAT CHALLENGES DID YOU LEARN WHILE DESIGNING THE RASPBERRY PI ITSELF?
A. Two main things: cost and manufacturing. We had to pay a great deal of attention to the cost of individual components, and make some tough decisions, to keep to the $25/$35 budget. It was also hard to find a manufacturer who could reliably handle the PoP (package-on-package) memory assembly that BCM2835 requires.

Q. COULD YOU SHARE DETAILS ON HOW THESE CHALLENGES WERE EVENTUALLY SOLVED?
A. Solving the cost challenge required us to come up with a lost-cost linear-regulator-based power supply chain. Once we grew, we were able to replace this (on the Model B+) with switching regulators, but this was a key cost advantage during the first year.

Securing reliable supplies of high-quality components has always been a challenge. We’ve ended up multi-sourcing almost all components on the board in order to get some degree of insulation from supply chain issues.