In a recent development in the field of solar energy, a research team at the Helmholtz Zentrum Berlin (HZB) has developed a new solar cell that combines the semiconductors perovskite and copper-indium-gallium-selenium, commonly known as CIGS, to form a monolithic two-terminal tandem cell. This has led the cell to have an efficiency of 24.16 per cent.

A tandem cell is generally made up of two different semiconductors that convert different parts of the light spectrum into electrical energy resulting in the creation of solar power. These semiconductors could be polymer-based, GaInP/InGaAs/InGaAs, perovskite, or silicon.

The one developed by the researchers consists of metal-halide perovskite compounds that mainly uses the visible parts of the spectrum and CIGS for converting infrared light. As the CIGS layers have a thickness of only 3 to 4 micrometres and perovskite being 0.5 micrometres thin, the entire tandem solar cell has a thickness of fewer than 5 micrometres. This allows the production of flexible solar modules.

“This combination is extremely lightweight and stable against irradiation and could be suitable for applications in satellite technology in space”, said Professor Dr Steve Albrecht, HZB.

Christian Kaufmann from PVcomB adds, “This time, we have connected the bottom cell (CIGS) directly with the top cell (perovskite) so that the tandem cell has only two electrical contacts or terminals.”

The cell has now been officially certified by the CalLab of the Fraunhofer Institute for Solar Energy Systems (ISE). 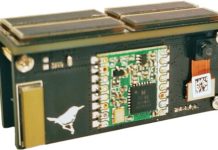 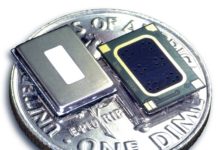 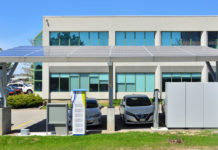