Researchers at the Tokyo Institute of Technology and NEC have jointly developed a 28 GHz phased-array transceiver that supports dual-polarized MIMO for 5G. It can cancel the cross-polarization leakage to prevent degradation of signal

Researchers at the Tokyo Institute of Technology (Tokyo Tech) and NEC Corporation (NEC) have jointly developed a 28 GHz phased-array transceiver that supports dual-polarized MIMO for fifth-generation mobile communications system (5G) radio units. Advances in 5G will benefit several industries ranging from healthcare, manufacturing and transportation to education and entertainment and provide them with high bandwidth and high-quality connectivity.

With the onset of 5G services, researchers are stepping up their efforts to facilitate deployment of 5G infrastructure. Dual-polarized phased-array transceivers are a class of antenna systems that can transmit data simultaneously through horizontal and vertical-polarized waves. According to various studies, it has been seen that dual-polarized MIMO can improve the data rate and spectrum efficiency in 5G radio units. However, due to cross-polarization leakage, a degradation of signal quality results especially in the millimeter-wave band. 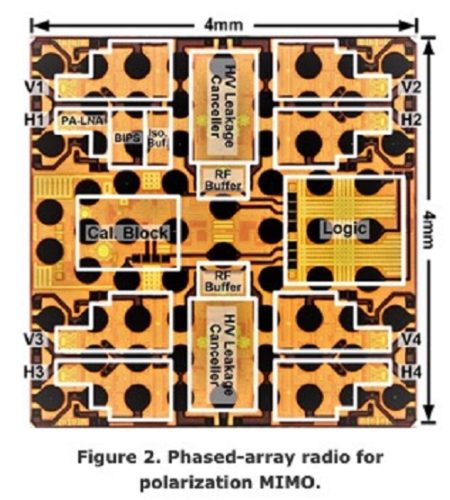 At Tokyo Tech’s Department of Electrical and Electronic Engineering lab and NEC in Japan, a transceiver has been developed that is capable of canceling cross-polarization interference using a built-in so-called horizontal and vertical (H/V) canceller. Tests have shown that the error vector magnitude in 256QAM can be improved from 7.6 per cent to a more desirable 3.3 per cent using this new leakage cancellation technique. 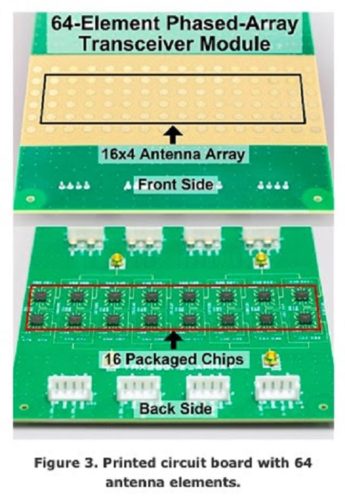 “The cancellation signals are generated for horizontal and vertical polarization at the transmission side so that it can cancel the cross-polarization leakage caused by all through the transmitter/receiver chip, package, printed circuit board and antenna,” the researchers say.

The transceiver was fabricated using low-cost, mass-producible silicon CMOS technology, occupying an area of just 16 mm2. The researchers expect that the new circuitry could be installed in a wide range of applications that will be enabled by 5G in the future. Importantly, they point out that their transceiver will improve spectrum efficiency while keeping equipment size and set-up costs to a minimum. 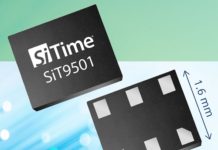 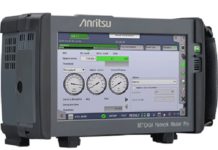 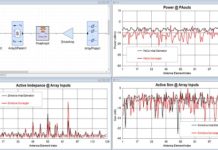