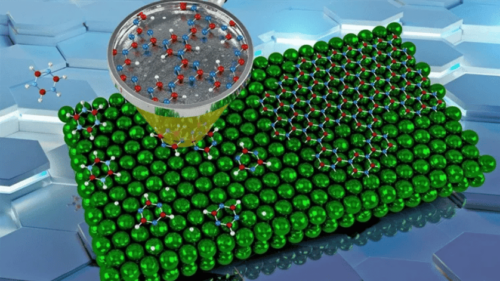 Researchers modeled the mechanism by which chlorine improves the efficiency of CdTe.

Silicon based solar panels are currently dominating the photovoltaic market, but they are expensive, their efficiency is limited and they have a higher carbon footprint. Therefore, researchers are looking for potential solutions. As a result, a new generation of solar cells are emerging.

One of the promising candidates is cadmium telluride (CdTe). As a fact, over 25 GW has been already installed.

Researchers and engineers are trying to increase the power conversion efficiency of CdTe modules as it has lower manufacturing costs than silicon-based modules. Also, the carbon footprint of CdTe is half that of c-Si modules and end-of-life module recycling for CdTe modules is guaranteed.

Untreated CdTe, however, has efficiency of only 1%. But when it undergoes a chlorine treatment which involves treating CdTe with cadmium chloride at 420 degrees C for 20 minutes, its efficiency jumps up significantly. The recorded efficiency is around 22%.

Researchers from Loughborough University modeled the mechanism by which chlorine improves the efficiency of CdTe. This could improve understanding of how chlorine enhances electrical performance and lead to further tuning, resulting in even higher efficiencies (>25%). Their work appeared in the journal Nature Communications.

Researchers previously observed that the defects in CdTe known as stacking defects get eliminated after chlorine treatment, and thus take part in increasing the cell efficiency.  However, theoretical calculations by the Loughborough group showed that the stacking faults had no effect on cell efficiency.

Researchers used quantum mechanical methods to understand the role of chlorine in both improving efficiency and also in removing stacking faults.

“Although the stacking faults disappear is not what causes the improved efficiency, if they have disappeared then that is the signal that the CdTe cell is going to have good performance. This has never been shown before,” said Dr. Goddard of the Loughborough group.

“The next steps will be to see how further improvements can be made by looking at doping the CdTe with other elements to push for >25% efficiency. Our ongoing collaboration with CREST is going to be looking also to optimize the interfaces between CdTe and the front and back contacts. Each small gain in efficiency means the technology is becoming more competitive against the current silicon technology.”