With abundant sunlight 300 days in a year, cost advantage in the production of solar cells and modules, and the impetus provided by the rolling out of Jawaharlal Nehru National Solar Mission (JNNSM) by the central government and followed upon by many state governments, India today has a huge opportunity to become a solar super power. Attractive tariffs being offered by the Central Electricity Regulatory Commission (CERC) for grid-connected solar projects are the prime attraction for setting up solar photovoltaic (PV) farms. Well-defined government policies are in place. Also, one has access to technically proven and commercially viable technologies, well versed suppliers and engineering procurement and construction contractors, and expert consultants. 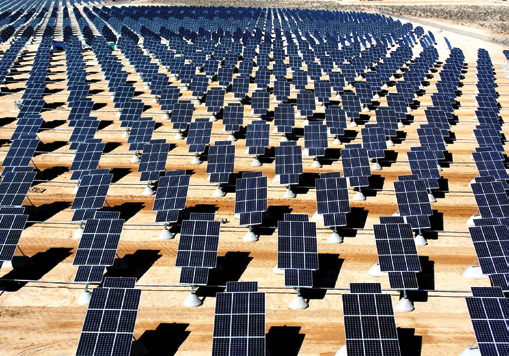 Many states have identified certain areas for setting up solar power projects. Hot destinations are Rajasthan, Gujarat, Maharashtra, Madhya Pradesh, Andhra Pradesh, Karnataka and Tamil Nadu as far as solar radiation is concerned. Presently, only Rajasthan and Gujarat have a clear policy and guidelines on the procedures for setting up solar power projects. Other states may also initiate the policy and procedures soon now that JNNSM has been launched by the government of India.

Payback period for a solar farm
The payback is dependent upon many finanial parameters like the cost of debt, depreciation, the capacity utilisation factor, which, in turn, is dependent on the solar resource at the site and the technology adopted (c-Si or thin-film solar), tariff, etc. Using standard numbers and assuming the technology used will be crystalline silicon, under the National Solar Mission incentive structure, the payback period for a solar PV power plant is approximately six years. That is, the cash flows will recover the equity capital in six years though the loans could take longer to clear. Return on equity pretax will be about 20 per cent. Project’s internal rate of return is about 15.5 per cent.

Eligibility
“Bidding for power projects so far has been technology-neutral. There is no filterput in terms of the experience of the bidder. One, though, needs to have a strong balance sheet, given the banks are reluctant to fund projects. Putting a technical filter will help getting only the experienced and competent companies to get into the business. The government has increased the project size to 5-50 MW for corporates willing to set up the plant. It’s a welcome step as it will evoke the interest amongst big, independent power companies like Jindal, Adani and Tata Power,” says Semiconductor Equipment and Materials International (SEMI) president Debasish Paul Choudhury.

Warranty. Mechanical structures, electrical works and overall workmanship of grid solar power plants must be warranted for a minimum of five years.

Identification and traceability. Each PV module used in any solar power project must use an RF identification tag. The following information must be mentioned in the RFID used on each module (this can be inside or outside the laminate, but must be able to withstand harsh environmental conditions):
1. Name of the PV module manufacturer
2. Name of the solar cells manufacturer
3. Month and year of the manufacture (separately for solar cells and module)
4. Country of origin (separately for solar cells and module)
5. I-V curve for the module
6. Wattage, Im, Vm and FF for the module
7. Unique serial no. and model no. of the module
8. Date and year of obtaining IEC PV module qualification certificate
9. Name of the test lab issuing IEC certificate
10. Other relevant information on traceability of solar cells and module as per ISO 9000

All grid solar PV power plants must install necessary equipment to continuously measure solar radiation, ambient temperature, wind speed and other weather parameters and simultaneously measure DC power generation as well as AC power generated from the plant. They are required to submit this data to NVVN and Ministry of New and Renewable Energy or any other designated agency on line and/or through a report on regular basis every month for the entire duration of the PPA.

Land. The project can be located in a state-designated area (given the advantage of sharing the common infrastructure that is available or will be made available) or a private land, provided the land meets the required criteria for setting up solar power projects.

In addition, developers need to do prospecting using geographical information systems covering parameters like annual average solar radiation levels, protected areas like forests, water bodies, land use, highways and proximity to transmission lines. Based on this prospecting, physical survey can be done for site selection. Thereafter, detailed solar resource assessment studies have to be done through satellite data and computer models to obtain the hourly solar radiation data to simulate the estimated generation. This process is a must for megawatts-size power projects (even if a state has selected some area for solar farms) as otherwise the power projects’ generation cannot be assured.

If the estimated power generation calculations are not accurate, there could be problems for the project approval by the power purchasers (NVVN) besides problems with bankers for sanction of the loan, or even at post-commissioning stage.

About 5 acres of land per MW for solar PV (crystalline) is required. It is assumed at 4-5 acres for crystalline silicon (c-Si) technology and 7-8 acres per MW for thin-film solar (a-Si or CdTe) technology. In reality, it depends on other parameters like the cost of land, ground coverage ratio and choice of sun tracking systems (with sun trackers, the land required is only about 6 acres per MW for crystalline solar modules). To avoid inter-array shading, ground coverage ratio can be 0.45 to 0.65. Power generation will vary based on it. It is preferable to have a plain landscape. If the terrain is uneven, topographical survey is mandatory to take decision as to how the layout is to be done. It is preferable to have a rectangular or square land configuration.

Investment. With the present-day prices, the investment hovers around Rs 100-120 million/MWp depending upon the technology chosen.

Technology. There are several types of semiconductor technologies currently in use for PV solar panels. Crystalline silicon and thin-film are the most widely adopted.

Mono-crystalline silicon. Mono-crystalline (also called single-crystal) panels use solar cells that are cut from a piece of silicon grown from a single, uniform crystal. Mono-crystalline panels are among the most efficient, yet most expensive on the market. These require the highest-purity silicon and have the most involved manufacturing process.

Thin-film. Thin-film solar panels are made by placing thin layers of semiconductor material onto various surfaces, usually on glass.

The term thin-film refers to the amount of semiconductor material used. It is applied in a thin film to a surface structure, such as a sheet of glass. Contrary to popular belief, most thin-film panels are not flexible. Overall, thin-film solar panels offer the lowest manufacturing costs, and are becoming more prevalent in the industry. There are three main types of thin films used: cadmium telluride (CdTe), amorphous silicon, and copper, indium, gallium, selenide (CIGS).

CdTe. CdTe is a semiconductor compound formed from cadmium and tellurium. CdTe solar panels are manufactured on glass. These are the most common type of thin-film solar panel on the market and the most cost-effective to manufacture. CdTe panels perform significantly better in high temperatures and low-light conditions.

Amorphous silicon. Amorphous silicon is the non-crystalline form of silicon and was the first thin-film material to yield a commercial product, first used in consumer items such as calculators. It can be deposited in thin layers onto a variety of surfaces and offers lower costs than traditional crystalline silicon, though it is less efficient at converting sunlight into electricity.

CIGS. CIGS is a compound semiconductor that can be deposited onto many different materials. It has only recently become available for small commercial applications, and is considered a developing PV technology.