How Electronic Nose Is Better Than Ours

An electronic nose, or e-nose, is a device that identifies specific components of an odour and analyses its chemical makeup to identify it. It is engineered to mimic the mammalian olfactory system but is better in some respects.

Air sample is pulled by a vacuum pump and led through a tube into a small chamber consisting of an electronic sensor array. A transient response is produced as the volatile organic compounds in the sample interact with the surface of the sensor’s active material. A steady-state response is reached within a few minutes, which is then sent to a signal-processing unit. 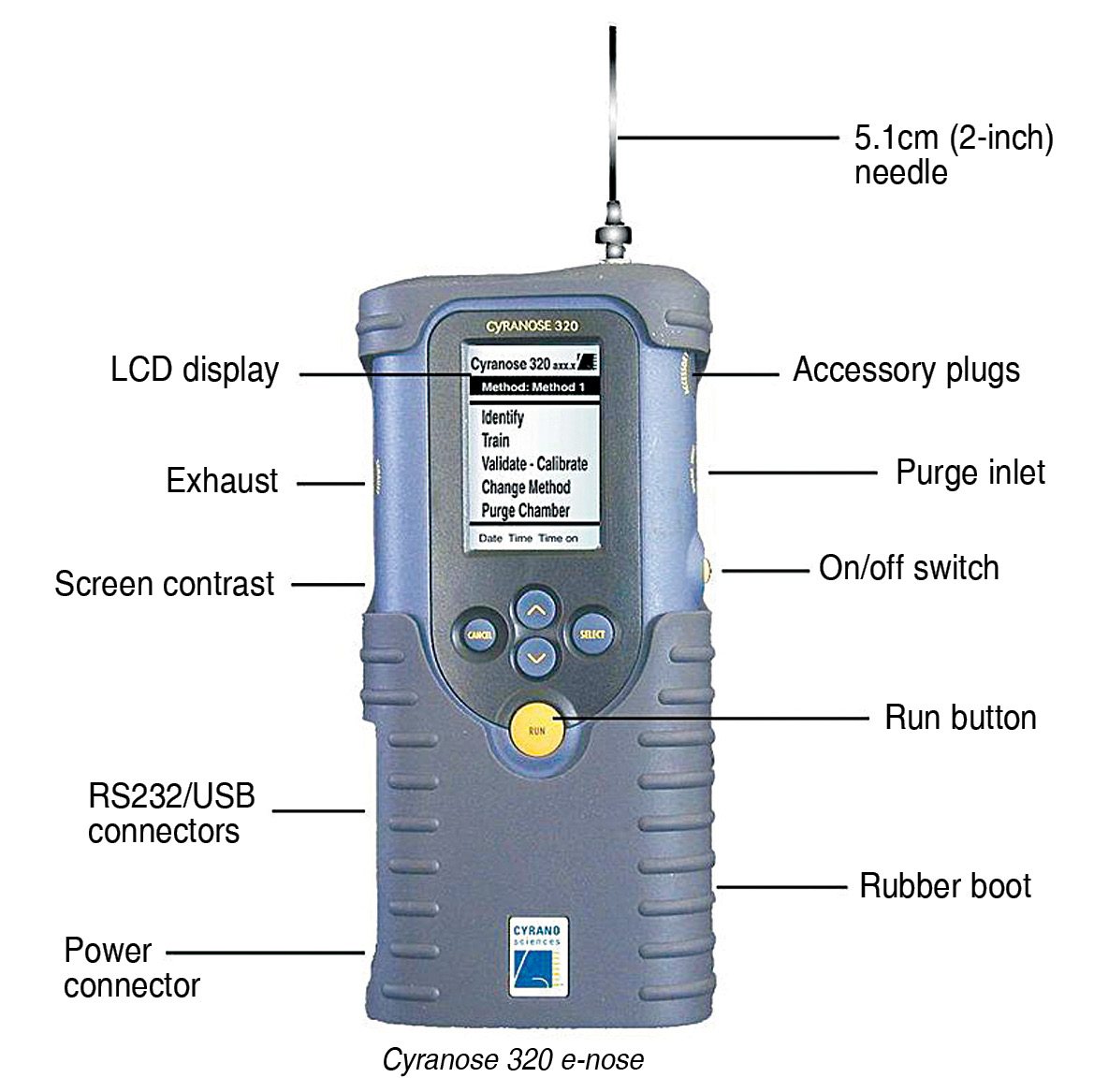 This enables the generation of headspace (volatile compounds) for a sample. The system then injects it into the detection system of the e-nose.

A sensor set is the reactive part of the system. Adsorption of volatile compounds on the surface of the sensor causes a physical change in the sensor, where it experiences a change in electrical properties. A specific response is recorded by the electronic interface, transforming the signal into a digital value. Recorded data is then computed based on statistical models.

This system works to combine the responses of all sensors.

A sensor array is the key element of an e-nose. In most e-noses, sensors are sensitive to volatile molecules but in different ways. However, in bio-e-noses, receptor proteins that respond to specific odour molecules are used.

The most commonly-used sensors are:

These can be classified as follows:

Adsorption of gas molecules onto the surface of the polymer leads to changes in the mass on the sensor surface. This, in turn, produces a change in the resonant frequency of the crystal. This change in frequency is proportional to the concentration of the test material.

These are a class of micro-electro-mechanical systems (MEMSes) that rely on modulation of surface acoustic waves to sense a physical phenomenon.

These are more complex than typical sensor-array systems having transduction mechanisms based on changes in electrical resistance. Optical sensors work by means of light-modulation measurements.

Cyranose 320 is a handheld e-nose developed by Cyrano Sciences of Pasadena, California, USA, in 2000. It is based on sensor research performed by Prof. Nathan Lewis of California Institute of Technology, USA. Applications researched using Cyranose 320 include detection of chronic obstructive pulmonary diseases and other medical conditions as well as industrial applications generally related to quality control or contamination detection.

Cyranose 320 utilises the NoseChip array of nanocomposite sensors and advanced pattern-recognition algorithms to detect and recognise the chemical vapour of interest. In combination, these technologies enable rapid detection and identification of substances based on their respective chemical profiles.

For each method, it provides simple, clear, actionable results such as Accept or Reject, Mixture Identified or Contaminated. Each measurement is assessed based on a statistical quality rating of one to five stars.

More about the electronic nose

It is a cheap and non-destructive instrument that can be operated by non-specialists. As the process is automatic, the cost of each measurement is low.

Measurement cycle of the e-nose should be faster so as to increase throughput. Sensitivity and selectivity of the e-nose is still far from a mammalian nose. 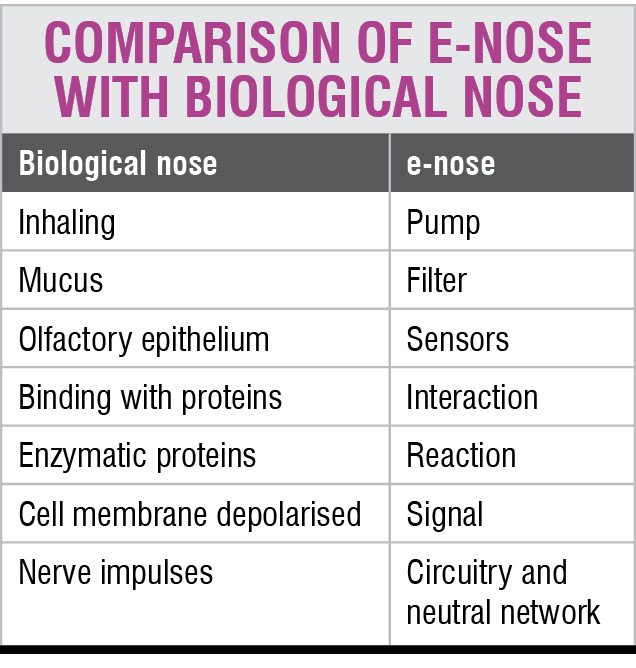 The e-nose has applications in the following areas:

This can be further categorised into the following:
Respiratory diseases diagnosis. Human breath contains thousands of volatile organic compounds in gas phase. An e-nose can diagnose respiratory infections such as pneumonia. It does so by comparing smell prints from the breath of a sick patient with those of patients with standardised readings.

Urinary tract infections. An electronic nose can be used as a potential diagnostic tool for patients affected with kidney diseases, by distinguishing traces of blood in urine samples.

Cancer detection. An e-nose is capable of distinguishing the breath of a healthy person from a person with cancer. The device is promising because it can detect cancer before tumours become visible in X-rays.

Quantum-Inspired Processor That Can Easily Outperform A Modern CPU