Virtual and augmented reality technologies are coming of age and finding many valuable real-world applications.

Once upon a time our physical and digital worlds were quite separate, but technological advances are enabling digital worlds to become real enough to merge with the real world. Technologies such as virtual reality (VR) and augmented reality (AR) have moved out of the realm of early adopters and are now used in mainstream consumer and business applications. With the availability of increased processing power, VR and AR images are clear and fast-moving, allowing new applications to be developed. 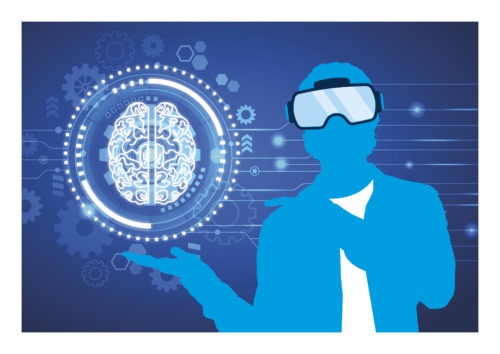 While VR and AR seem to be new, early incarnations of VR were patented as far back as 1962. AR came later, as a result of US military research in the 1990s – a quarter of a century ago. While the principles were in place, the processing power available in those days was not sufficient to deliver the graphics necessary for full-blown VR and AR.

Since these early days, processing power has increased exponentially and new device types such as field programmable gate arrays (FPGAs), dedicated graphics processors (GPUs) and powerful multi-core processors have become mainstream. Combining these powerful new devices with advanced open-source vision-processing algorithms and integrating this into the cloud has dramatically increased the quality of VR and AR solutions. After decades, the potential of VR and AR can finally be realized.

VR and AR are often used in the same sentence, and sometimes interchangeably, although this is incorrect. VR is a completely computer-generated environment that is often viewed via some form of headset, so the real physical world is completely excluded from the experience. AR, on the other hand, is based on the real world and superimposes graphical elements onto it. This is often done on a smartphone or tablet, although headsets and/or glasses are sometimes used.

So, the technologies are quite separate and distinct. Thus far, VR has been the more popular, especially for gaming and in the creative space.

VR headsets can vary from complete purpose-built devices that contain stereoscopic displays, high-quality stereo sound and sensors to track head and eye motion, through to a simple device that holds a modern smartphone in front of the user’s eyes.

Facebook subsidiary Oculus VR launched the first (and probably best-known) consumer VR headset in 2016. Since that time, many others such as Sony PlayStation VR, Google Daydream View and HTC Vive have entered this booming market – which, according to Nvidia, will consume 50 million headsets by 2021.

The gaming sector will almost certainly consume the majority of the headsets shipped, but business and industry are showing a keen interest too, especially in the field of training. Complete scenarios can be developed and deployed, repeatedly if necessary, allowing employees to train for all situations without any risk to people or property. The military has also begun to use VR technology for flight simulators as well as combat training.

VR has the potential to make significant improvements in the healthcare sector, to teach medical professionals – in some cases as if they were inside the human body. With VR these professionals can get close up with complex DNA structures and observe body functions in a way that was not possible before. The possibility for fully interactive and immersive learning is dramatically improving medical training.

Apart from learning about the body, VR is helping to train surgeons in new surgical procedures. In fact, software as a service (SaaS) platforms deliver cost-effective simulated environments for surgeons at all levels of experience. The very real simulations add haptic feedback to VR, enabling skills to be practiced repeatedly, until a level of competence is reached. No longer is training dependent on the availability of human cadavers.

Patients too can potentially benefit directly from VR, as it is being investigated as a way to treat severe and chronic pain. In the tests, patients are distracted through VR experiences, lessening their consciousness of the pain, and removing or reducing the need for painkilling medicine.

Compared to AR, VR is now relatively mature and is becoming accepted in many circles. Meanwhile AR is still trying to fully find its place in the world. The most publicized application, Google Glass, which added a head-mounted display to spectacles, was noisily launched in 2013. However, privacy and security concerns caused it to be shelved after a couple of years. In recent years, AR has struggled to gain much traction, until very recently.

Several years of R&D by multiple firms has resulted in multiple AR-based solutions being released to the market. Picking up where Google Glass left off is US-based startup Magic Leap, which released its Magic Leap One wearable glasses. This $2,200 headset superimposes 3D computer-generated imagery onto real-world scenes using natural light waves and synthetic lightfields to create what the manufacturer terms “an unbelievably believable experience.”

Getting “under the hood” of the Magic Leap solution gives an insight into the workings of AR. The system comprises three main hardware elements: the headset (“lightwear”) contains cameras, sensors, speakers and an optical relay to deliver the visual and sound experiences. A processing unit (“lightpack”) combines a GPU and CPU into a wearable processing unit that the user wears via a clip. The third element is the handheld controller that provides six degrees of freedom and haptic feedback to enhance the experience.

While the lightwear headset grabs the headlines, it is the power of the lightpack processing block that truly enables the VR. Lightpack contains a total of three processors: a quad-core ARM A57 CPU, a dual-core Denver 2 CPU, and an Nvidia Pascal-based GPU with 256 CUDA cores. Memory support comes in the form of 8 GB of RAM, of which half is for applications, and 128 GB of data storage. The portability comes from an on-board lithium-ion (Li-ion) battery that lasts for three hours of continuous use, while a combination of Bluetooth and Wi-Fi deliver the all-important connectivity.

The Magic Leap One has garnered multiple positive user reviews and really got AR in front of the public again. While the early-phase rollout has concentrated on gaming, with users able to battle fantasy opponents in their own homes, Magic Leap intends to develop more applications for “creative professionals” in the near future.

Moving away from the creative and gaming industries, AR technology is finding specific applications where it can bring benefits in the industrial space. One such application is in the service and repair sector, where technicians are able to access 3D technical information within their line of sight via AR glasses, making the job easier and quicker.

One major company that has seen and implemented the benefits of AR is Thyssenkrupp, the German industrial group that, among other things, makes, installs and repairs escalators and elevators. Using Microsoft’s HoloLens technology, installers and repairers can become familiar with a particular installation before setting off to the site, ensuring that they arrive prepared with all of the correct tools. 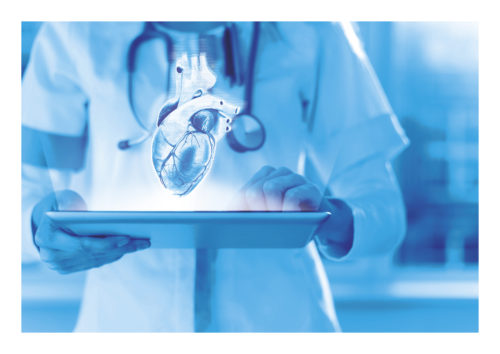 Once on site, technicians can zoom in on a specific part or sub-assembly and see 3D drawings and technical data via the glasses. The technician can also access notes from the original installation or previous repairs, giving them valuable history for the system. If, even with all this assistance, the repair cannot be effected, the technician can call a colleague in another location and share their view, allowing the colleague to contribute to the task in real time.

AR has unlocked significant business benefits for Thyssenkrupp, as repairs that once took over an hour can now be completed in under half an hour, saving costs and reducing customer downtime. Thyssenkrupp has, as a result, moved from being simply a product company to a company that sees the more profitable service offering as core to its business. Often termed “servitization,” the new Thyssenkrupp business model sees it offering customers not only the people-moving hardware, but also the associated service levels and uptime guarantees.

From the examples shown, it is clear that both VR and AR are gaining traction in multiple markets. While the gaming sector seems to have the role as “early adopter,” both technologies are gaining acceptance in professional applications, particularly training and service/maintenance. As a result of implementing this technology, companies such as Thyssenkrupp have shifted to different, and more profitable, business models.

It may have taken some time, but both VR and AR are coming of age.