Wi-Fi is a widely-used technology for wireless Internet connectivity. It uses the unlicenced spectrum for radio waves, mostly in the 2.4GHz – 5GHz band. Wi-Fi has been coping with other wireless access technologies through its rapid advancements. New standards, developed by IEEE, have kept it a relevant technology with time. It has provided necessary data rates for keeping up with next-generation applications. There have also been significant improvements in reliability and security through WPA2 and WPA3 standards. 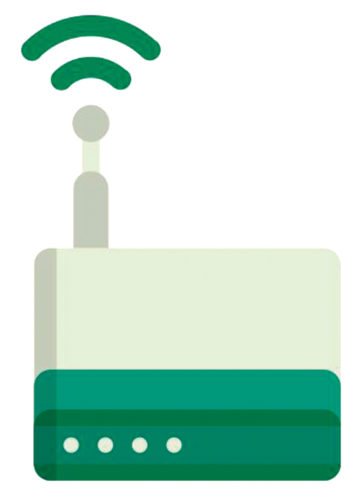 Wi-Fi is now also being used in 60GHz band, which is a millimetre-wave unlicensed band. The millimetre-wave spectrum is much in demand for providing speeds in gigabits per seconds. Millimetre waves are used to provide high data rates using advanced technologies like massive MIMO and the like.

However, there are some drawbacks of millimetre-wave. It has fast attenuation at a distance, and it is likely to be absorbed by the atmosphere. Therefore it degrades fast with distance and can be used for shorter distance propagation only.

Scopes of the 60GHz band

At 60GHz, radio waves propagate in the line-of-sight for better transmission and reception. Due to high data rate advantage of the 60GHz spectrum band, Wi-Fi standards are being developed to achieve data rate of 10Gbps. This data rate is beneficial to create a backbone network using multiple line-of-sight access points in mesh connectivity.

Terragraph is one such network, backed by Facebook. It will provide a city-wide backbone network for faster data connectivity in an ubiquitous way. It is also being seen as a replacement for fibre and a cheaper way of backhauling data. “With Terragraph, our goal is to enable people living in urban areas to access high-quality connectivity that can help create new opportunities and strengthen communities,” said Yael Maguire, vice president of connectivity, Facebook. Facebook is working on this in collaboration with Qualcomm.

Qualcomm has introduced two new chipsets, namely, QCA64x8 and QCA64x1. It is the first company to come up with a 60GHz Wi-Fi solution with optimisations based on 802.11ay specification, enabling best-in-class 60GHz Wi-Fi speeds and unmatched coverage performance. The company has provided industry-first 802.11ay 60GHz Wi-Fi chipsets including QCA6438 and QCA6428 for infrastructure and fixed wireless access, and QCA6421 and QCA6431 for mobile applications.

Advantages of the technology

Facebook’s Terragraph network will be constructed through the development of a multi-node wireless system based on QCA6438 and QCA6428 chipsets. Compared to 2.4GHz and 5GHz bands commonly used in Wi-Fi networks all over the world, millimetre-wave-based 60GHz Wi-Fi offers a low-interference, bandwidth-rich spectrum that delivers increased wireless capacity and ultra-low latency.