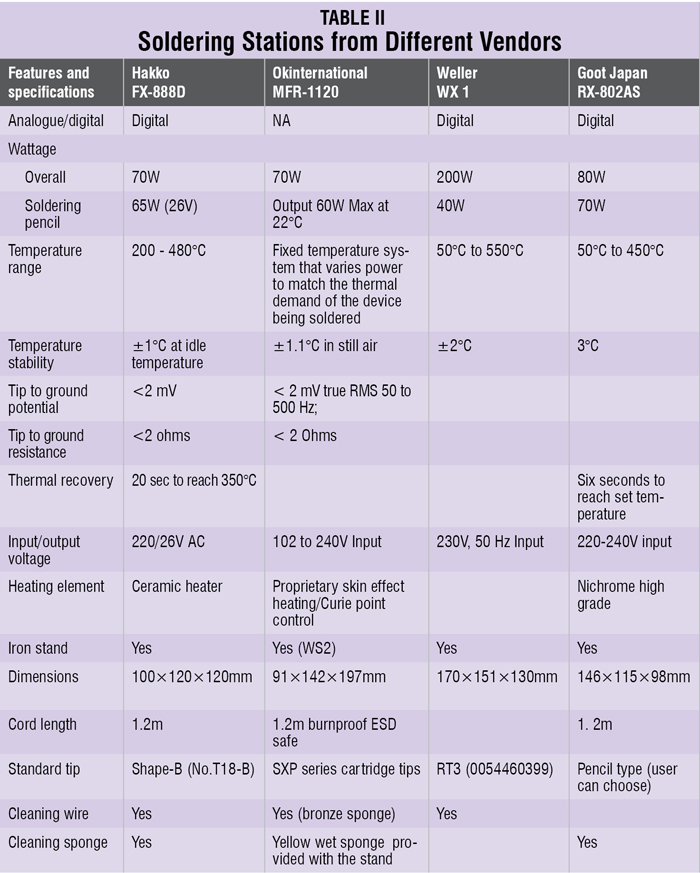 So you should never buy cheap unregulated soldering irons, as they prove to be more expensive than the temperature-controlled irons because of the damage that they may cause. Now, with this point been concluded, see Table II to check out some soldering stations from different manufacturers.

After a soldering station is decided, you need de-soldering equipment. De-soldering equipment can be divided into different types. The first type is for desoldering surface mount device (SMD) components, for which you need a de-soldering tool called ‘hot air rework system.’ As the name suggests, this tool blows hot air on the component, melting the solder on all the sides together. Once the solder has melted, you can remove the component using a pair of tweezers. Another tool called ‘heated tweezers’ is exactly what the name suggests and has a more targeted approach. The parallel movement of its tips allows easy removal of SMD chips and flat packs up to 25mm. Also, the direct heating prevents damage to neighbouring components on a high-density board. 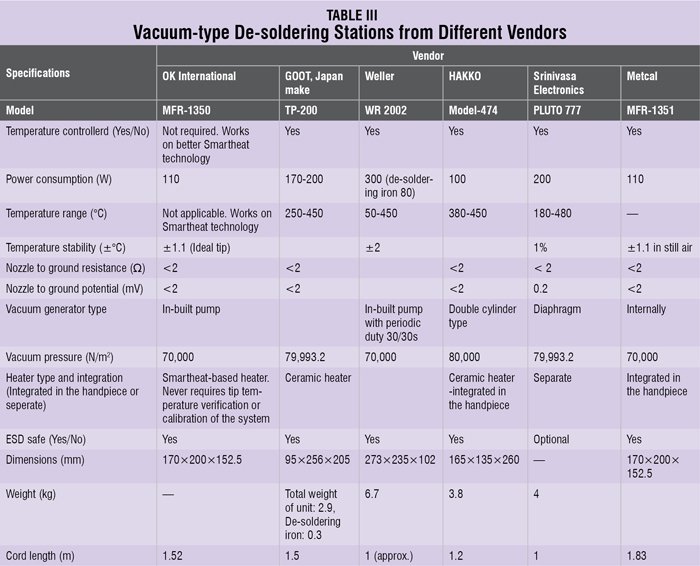 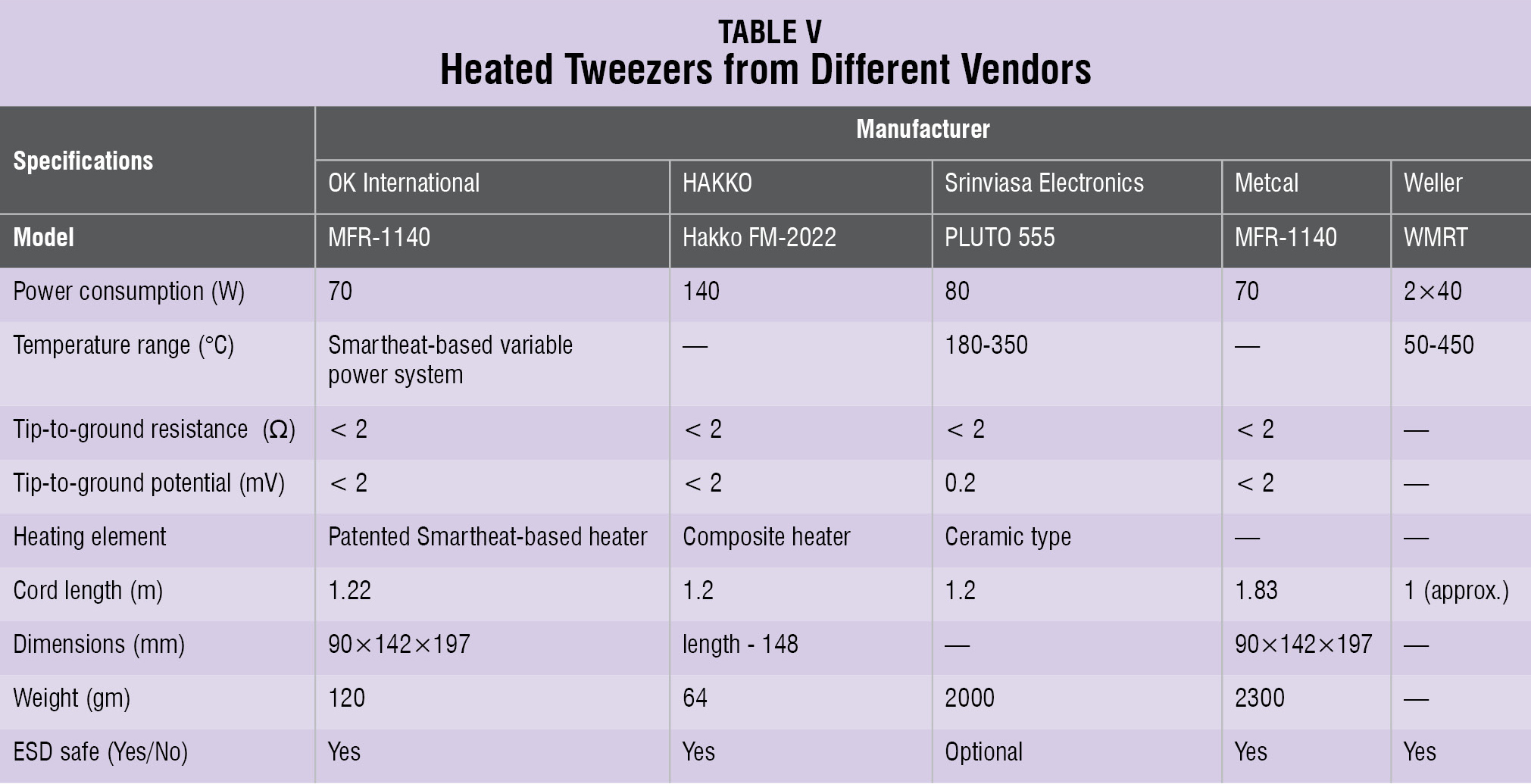 The third type is called a ‘vacuum pump de-soldering station.’ This station is mainly used to de-solder through-hole components, or to remove solder from the pads after the SMD component has been removed using the SMD de-soldering tool. These de-soldering stations are based on the principle of vacuum absorption of the melted solder from PCB. The heated nozzle is put over the joint with its pin at the centre to melt the solder and, once the solder has melted, a button is pressed to perform suction of the melted solder. Such tools can de-solder almost all types of components, except the ball grid array (BGA) types. BGA package needs a different de-soldering tool specifically designed for the purpose.

Another important area is to carefully select various hand tools. There are several manufacturers around the globe producing high-quality electronics tool-kits with all sorts of tools that you would ever need in your electronics career. There are also some suppliers who take the best parts from different manufacturers and assemble them to make a single kit. But you can skip on buying the complete tool kit as it will be expensive, besides having several tools that you would never use in your life. We suggest that, to begin with, you buy only a PCB holder, needle nose plier, a set of tweezers, smart tweezers (optional), snips and clippers, wire strippers, screwdriver set, crimping tool and IC extractor. The other items can be bought later, if needed.

The last thing to look at is the magnifier. Selection of the magnifier will depend on your requirement. Interestingly in most cases, you can do without high-magnification sophisticated magnifiers. The regular magnifier is easily available such as triplet loupe, clamp stand with magnifier, three lens multi-magnifier, etc. If you are working for long durations, you can consider buying one of the head-mounted magnifiers that has three lenses: one binocular lens, a second binocular lens behind the first that flips up and a pivoting loupe. You can use different combinations of these lenses to achieve magnifications like 1.8X, 2.3X, 3.7X and 4.8X.

Only in special cases, such as working with fine-pitch ICs, you would need more advanced stereoscopic microscope which is expensive. So consider buying one only when you really need it.

The author is technical editor at EFY