Raspberry Pi and your LED/LCD TV could be a very interesting combination to try out various DIY projects at home. One such great project is converting your LED/LCD TV into a smart TV and/or a local home media centre.

The overall process of turning your LED TV into a smart TV and/or home media centre is mentioned below. But before we start, it is assumed that you are familiar with home-networking concepts of IP address, secure shell (SSH) and Telnet access for Raspberry Pi, setting up OS image on SD card to boot Raspberry Pi, etc.

Choosing the best XBMC implementation
XBMC is an open source initiative that aims at providing a central media centre for various home- and/or Internet-based content consumption. XBMC is available across OS and hardware platforms. Various XBMC implementations are available for Raspberry Pi such as OpenELEC, raspbmc and XBian. I chose raspbmc based on some basic research on the Internet. There are numerous blogs and YouTube videos available to make your own opinion and try out a different variant.

Step 1: Installation and set up of XBMC on Raspberry Pi.
Estimated time: 10-15 minutes (also depends on the speed of your Internet connection)

As mentioned earlier, I choose to go with raspbmc for my setup. Depending on your home PC or laptop OS, there are different instructions/steps available on www.raspbmc.com to install the raspbmc image on your SD card. The basic steps are:
1. Take a blank SD card. Recommended is a Class 10 (for better performance) and at least with 4GB of space. I used a Class 10 SD card with 16GB of space for my setup.
2. Visit www.raspbmc.com and read proper instructions (i.e., for windows, OSX or Linux) and download the image of raspbmc.
3. Move the raspbmc image to the SD card. Please note that this will reformat the SD card and you would lose all your previous content, if any.

Now you are ready to plug the SD card to your Pi and boot it up. Since there are numerous articles and videos available online for setting/installing raspbmc, it is not important to delve into those steps here.

Step 2: Booting up and initial configuration of raspbmc.
Estimated time: 20-40 minutes (also depends on the speed of your Internet connection)

Please note that in Step 1 only a basic bootable image gets recorded on your SD card. Full raspbmc will set up after you plug it in Raspberry Pi and turn the power on. Hence it is necessary to use high-speed broadband connection and have a wired LAN (RJ-45) cable ready to be plugged in the Raspberry Pi before you boot it up. Again, there are numerous self-help videos available on YouTube and Internet with screen-by-screen coverage which can be followed here. At a high level, below are the steps which I carried out:
1. Plug in the raspbmc formatted SD card in the Raspberry Pi
2. Plug in the network cable (with access to high-speed broadband Internet connection without any username/password).
3. Plug in USB keyboard and mouse to be able to navigate and interact with XBMC interface once it is set up.
4. Plug in the HDMI cable to Raspberry Pi’s HDMI output port and the other end to your LCD/LED TV’s HDMI input port.
5. Now plug in your USB 5V power cable to the Raspberry Pi USB port and switch it on.

As you switch it on, the bootable image will start up and will show a series of boot log statements on your LCD/LED TV. Now just sit back and watch as it boots up, then connect to raspbmc/XBMC site and start downloading rest of the XBMC package content into your SD card. It will repartition and set up the packages on its own. There will be two to three self-restarts before the XBMC welcome screen pops up.

Step 3: Establishing Wi-Fi connectivity for XBMC. Once you see the XBMC welcome screen, do some basic configuration and set up Wi-Fi connectivity, which will bail you out from the need of having a permanent wired LAN connection for Raspberry Pi and your TV.

1. Plug in your Wi-Fi dongle (I used a nano Wi-Fi dongle with 802.11n support) into the USB port. Now there are only two USB ports in Raspberry Pi, so you will have to use a USB port hub to get extra USB ports available to plug in Wi-Fi dongle in addition to the existing USB keyboard and mouse. Please note that the USB hub should have its own power supply. 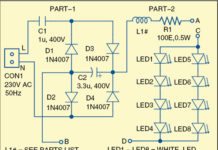 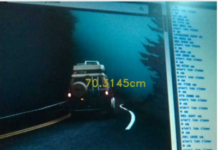 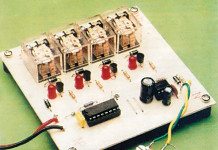