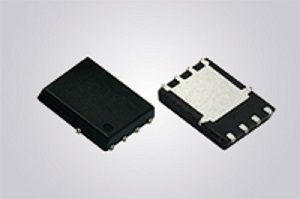 Vishay Intertechnology has introduced a 30 V P-channel power MOSFET, the SiRA99DP that offers on-resistance of 1.7 mΩ at 10 V. With its industry-low on-resistance and 6.15 mm by 5.15 mm thermally enhanced PowerPAK® SO-8 single package, the device is adept at increasing the power density.

Ideal for circuits with a 12 V input, the device is optimized for:

The SiRA99DP’s increased power density saves PCB space in these applications by reducing the number of components needed in parallel i.e. delivering more current per individual device. Also, as a P-channel MOSFET, the device doesn’t require a charge pump to provide the positive gate bias needed by its N-channel counterparts.

The MOSFET is 100 per cent RG- and UIS-tested, RoHS-compliant, and halogen-free. Samples and production quantities of the SiRA99DP are available now.