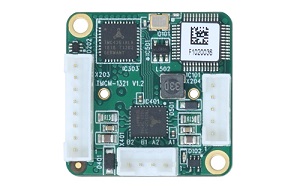 Small in size (three times smaller as compared to conventional stepper motor solutions), the TMCM-1321 is built to optimise speed and synchronisation of axes for quicker throughput while also reducing power loss by 75 per cent. It features an onboard magnetic encoder and digital inputs for an optical encoder to simplify servo control for advanced feedback and diagnostics.