Python for Professional IoT Development is Now reality with Zerynth

New York, 29th June 2017: As anticipated few months ago during the launch of the brand new 2.0 version of its software stack, Zerynth just launched Zerynth Studio PRO. The professional version of the software stack for developing IoT solutions in Python language includes industrial-grade features like: firmware Over-The-Air updates; power Saving; possibility to select the RTOS; from 50 to infinite number of programmable devices for pre-series and industrial productions; Hardware-driven Secured Firmware. 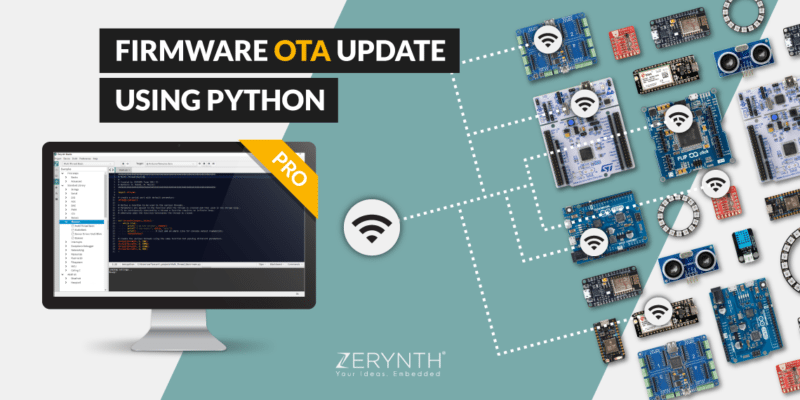 The toolkit launched in 2015 after a successful Kickstarter campaign enabled a wide range of electronics and software developers to successfully design embedded applications and IoT connected devices using any 32 bit microcontrollers and connecting to any cloud infrastructure. All with a powerful yet simple programming language like Python (or hybrid C/Python) and a footprint of just 60–80k of Flash and 3–5k RAM. The advantages of programming with Zerynth include the possibility to reuse the code from the prototype to the final solution (thanks to the Zerynth Virtual Machine) and to connect with any cloud architecture, resulting in a reduced time to market and an increased flexibility.

With this new release targeting professional users, Zerynth enriches the features list, including the possibility to perform a full over-the-air update of the software after the solution has been installed on the field.

Once an IoT solution is built, whether it is a Wi-Fi connected fleet of smart vending machines or a Lora-based system for monitoring an oil pipeline, developer might need to keep the solution updated with customer’s requirements. To meet this specification, Zerynth has included the Firmware Over-the-Air (FOTA) update feature in Zerynth Studio PRO. And, most important, they made it incredibly simple and extremely powerful: while the FOTA progresses, the rest of the firmware keeps running normally, with an important reduction of the devices’ offline time: a critical aspect in many industrial applications to guarantee the continuous functioning. 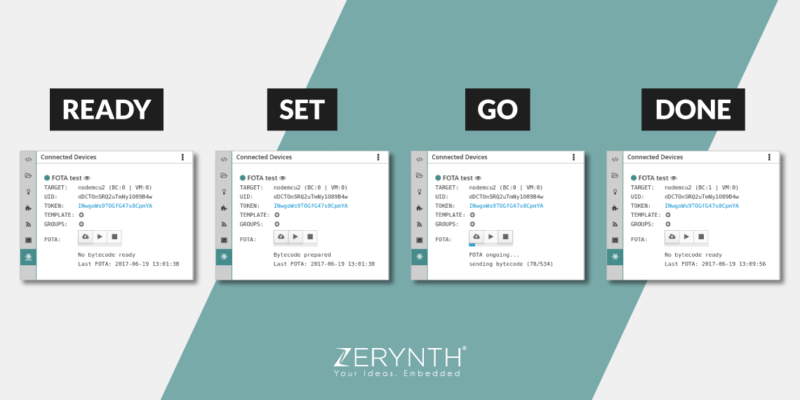 In its free-to-use version, downloadable from Zerynth Website, Zerynth Studio enables all the features needed to prototype IoT solutions and to program for free up to 5 units of each supported device.

Zerynth Studio PRO (available as IDE or Toolchain) can be accessed by users by upgrading the Zerynth account and choosing a monthly or a yearly subscription, with a simple pricing scheme per single user: $39/month or $390/year.