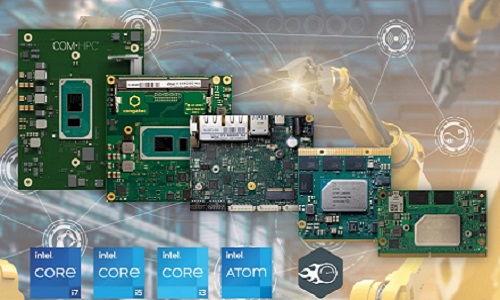 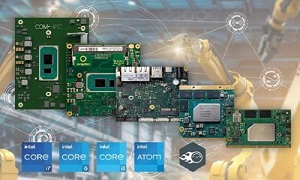 congatec has introduced new application-ready platforms for tactile internet applications over public broadband as well as private IP networks. They support Time Sensitive Networking (TSN) in combination with the new Intel Time Coordinated Computing (Intel TCC) technology, which complements the TSN Ethernet standard based on latest Intel IP technology. The goal is to reduce latency and minimize jitter in real-time synchronized processes. The demo platforms enable tactile internet applications based on open internet standards, finally paving the way for IP based real-time communication and real-time control infrastructures. Above all, such platforms are perfect for the digitization of process industries, critical infrastructures and Industry 4.0 environments but also have the potential to heavily disrupt proprietary industrial Ethernet and fieldbus setups. The major benefit is that open standard IP protocols can be utilised across all layers of the automation pyramid to communicate in real-time – from the highest level of operator dashboards down to a single I/O connected with the IIoT, and from a single sensor to the actor.

The ready-to-use platforms are based on COM Express Type 6 modules with either 11th Gen Intel Core processors (Tiger Lake) or Intel Atom x6000E Series processors (Elkhart Lake) and offer Ethernet connectivity with TSN support via multiple Gigabit Ethernet or 2.5 GbE ports. congatec has been supporting TSN functions for quite some time and already offers development platforms that combine TSN synchronised networks with real-time control in virtual machines (VMs). New are the added TCC support and additional time stamp counter (TSC) functions, which manage the synchronized execution of operations down to the I/Os in real-time.

“TSN and TCC are two complementary technologies for real-time communication over IP. While TSN orchestrates the different actors – a bit like the conductor and his orchestra – by setting the network time, TCC technology ensures that the different actors execute their operations exactly when they are supposed to,” explains Martin Danzer, Director Product Management at congatec. “Adding real-time hypervisor technology from Real-Time Systems (RTS) ensures that these processes cannot be disturbed by any other functions such as the GUI, AI or firewall, or other parallel running processes. The benefit is that OEMs can consolidate their applications on only one single system, ultimately creating industrial real-time fog or edge servers”

The ready-to-use platforms for tactile internet applications are based on congatec’s TSN demo system, which complies with the IEEE 1588 Precision Time Protocol specification to safeguard the real-time capability of higher layer communication protocols such as DDS or OPC-UA. Now, congatec has added TCC protocol support to this for the brand new 11th Gen Intel Core processors (Tiger Lake) and Intel Atom x6000E Series processors (Elkhart Lake). To demonstrate the capability to send remote control commands in real-time to distributed I/Os, the Intel Ethernet Controller I225 based demo platform can even incorporate the real-time control logic of congatec’s workload consolidation set and control the actor, which was previously managed in real-time locally, over Ethernet.