DIY Products Getting Into Space

Scientists have been exploring the earth and space science from as early as 4900 B.C. From ancient Egyptians to Galileo to Neil de Grasse Tyson, the secrets of the cosmos have kept us wondering, observing and learning. These kits will enable anyone to build their own space investigations with little to no engineering knowledge. 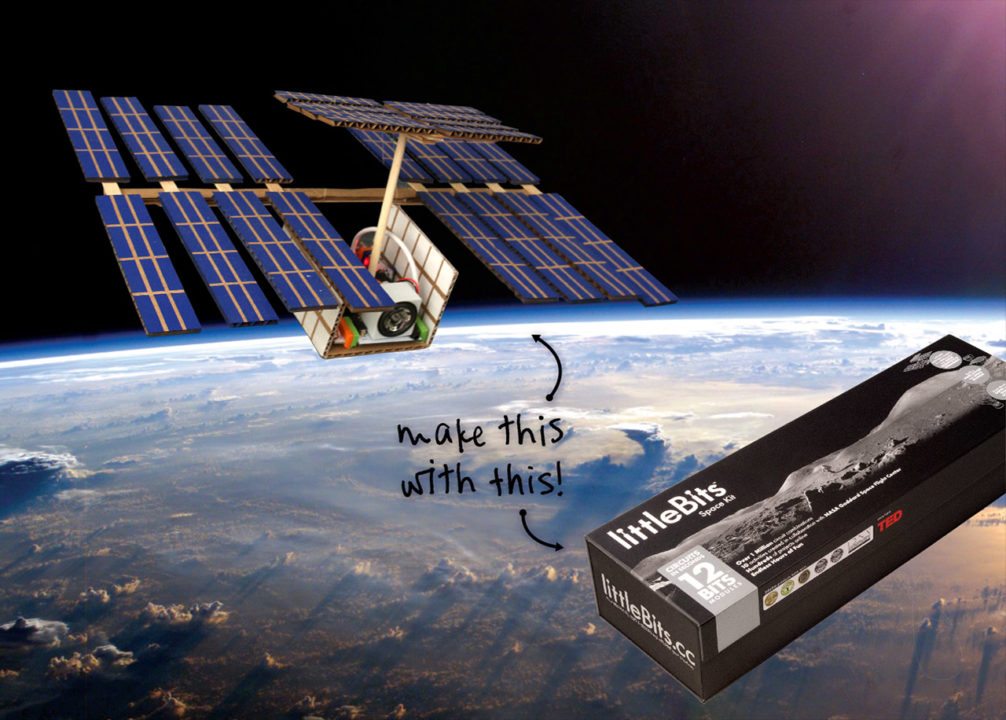 The outer space is a spooky place. The height of the sky and astronomical bodies has been a source of wonder and speculation since the development of the earliest civilization. Standing in the 21st century, scientists made it possible to send spacecraft into Mars’ orbit. Since then, everyone has become quite interested in this topic.

This article will help you have a little taste of space science with your own DIY kit.

What are Space DIY kits?

We are introducing you to some DIY kits (designed in collaboration with NASA scientists), which can enable you to research on space science. DIY (do it yourself) means the method of building, modifying, or repairing something without the aid of experts or professionals. Whether you are an inveterate or a new student of astronomy or a fascinator of space these DIY kits and projects will allow you to explore earth+space science at home.

Now you people may be wondering how do you can do this? So, here is the whole story on it.

Here are some powerful electronics modules enabling scientific investigation. You can make your own Mars Rover, ISS and much more with this kit!

Here are very interesting lessons which let you dip your toes into space science at the home. 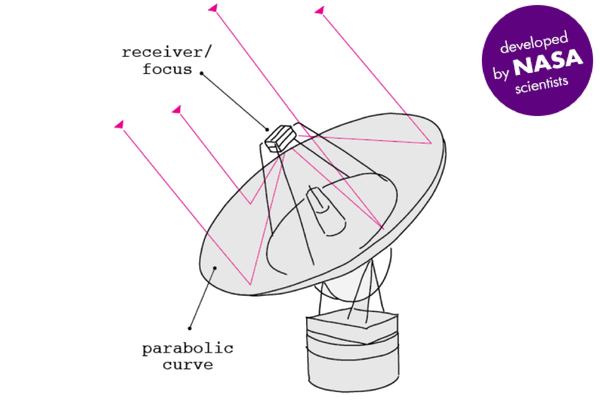 The shape of the satellite dish is a parabola.This lesson teaches you where to mount the receiver and its measurement for optimum functioning. The property of the parabola is that all the light entering the parabola is parallel to its axis and when the light reflects from the parabolic curve, it intersects the focus. This property is used by astronomers to measure the telescope and by radio engineer design satellite dishes. 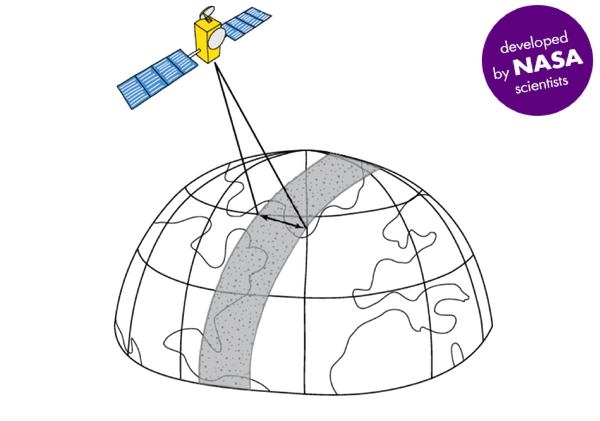 This lesson will teach you how the mapping is made of earth from space. When a satellite looks down on the Earth from space, it only sees a small part of the surface at a time during each orbit. But after many orbits, it eventually sees the entire surface so that a full map can be put together. 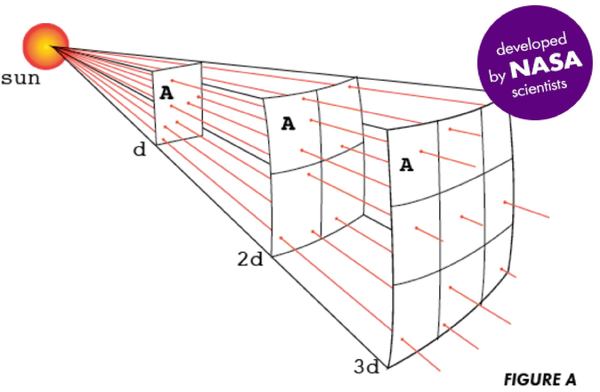 Do you know the “inverse square law”? Then learn how to measure a brightness of light using this law. When we view a source of light at different distances, the light gets fainter as the distance increases. This image beside shows, why does this happen? At a distance of ‘2d’, the same amount of light energy passes through 4 times the area that it did at the closer distance, so its brightness will be 4 times fainter. This is called the Inverse-Square Law.

With the Spacekit, you can explore some really interesting projects like those listed below. 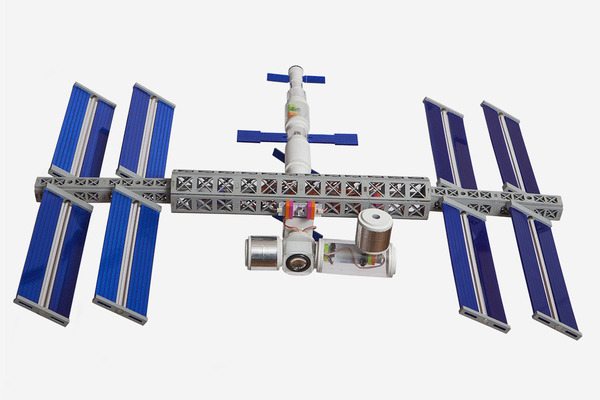 Make your own International Space Station (ISS) in your home and send music from afar. This project uses the concept of data communication. The digitized music is converted into a series of light wave pulses. The pulses are decoded by the light sensor and converted into sound waves by the speaker. NASA uses electromagnetic waves to communicate with the satellite orbiting earth. 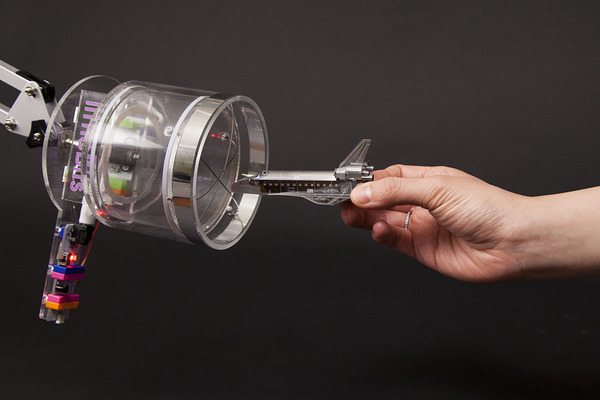 Become a NASA engineer by building this robotic space arm. A Grappler is at the end of the ISS Robot Arm and is used to grab onto objects in space – like astronauts! Pick up space objects at home by controlling the DC motor mechanism with a remote control and the remote trigger. 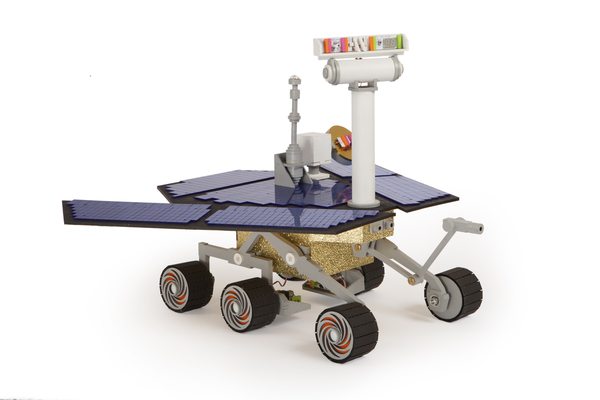 Learn how NASA scientists are able to explore new worlds! This Mars Rover, based off NASA’s Opportunity, gathers and displays light information from the environment as it drives. Control it wirelessly using the remote trigger and a household remote control. NASA engineers send instructions to the rovers via radio communications. Depending on where the planets are in their orbits, a radio signal traveling at the speed of light will arrive on Mars between just over 3 minutes or as long as 20 minutes. Due to these time delays it is impossible to communicate with and control the rover in real time. To send instructions to the rovers on Mars, NASA scientists must have a line-of-sight between Earth and Mars. Occasionally Earth and Mars are on opposite sides of the sun, called a conjunction. During this time, the sun can disrupt or block radio communication between the two planets. 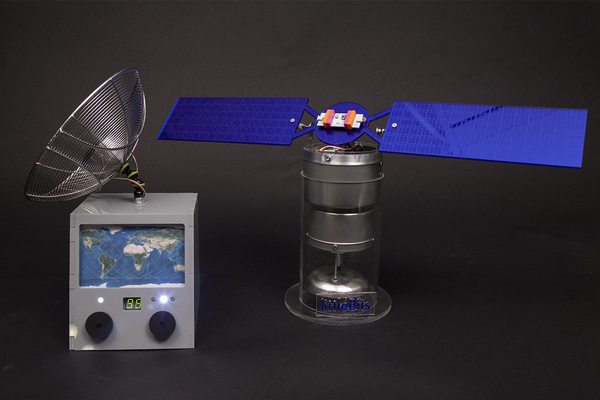