It Is All Electronics That Makes Music Even Melodious

We are living in a world that is full of innovations and discoveries. A major part of these innovations and discoveries involves some electronics. We can experience the presence of electronics right from the time we wake up in the morning, and it goes along with us when we travel out, and even when we reach the bed again at night. But in addition to supporting us in our hectic schedule, some latest electronics developments are nowadays empowering the pleasing chords of music and making it melodious and soothing to our ears and mind. 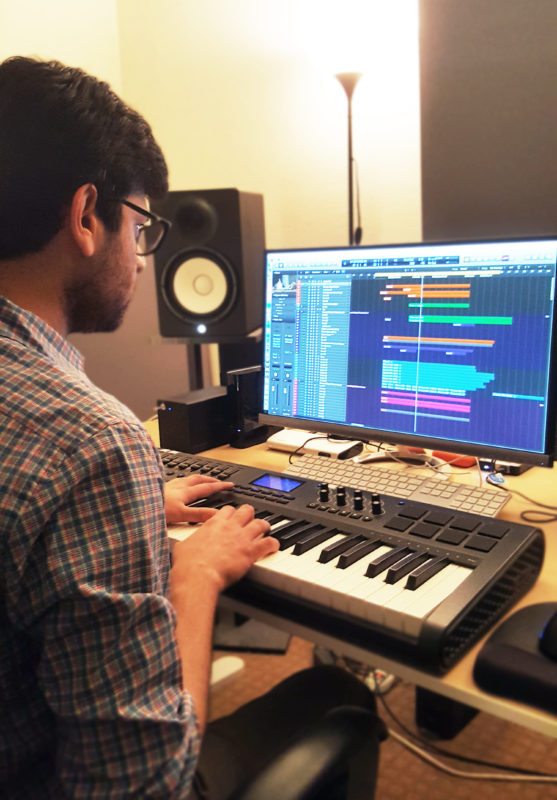 “The music industry of today would not exist without electronics,” says Dhruv Goel, a Los Angeles-based music composer and vocalist who has composed music for various short films and TV shows such as Tehzeeb, Shamas and Crossroads.

Goel is one of the 21st-century artists who employ a lot of electronics to create mesmerizing music “Electronics is all-pervasive in music making. When vocals are recorded in a studio, sound waves are transformed into electrical energy by a transducer (microphone). It is then processed through signal processors like amplifiers and compressors and finally converted to a digital signal via an analog to digital signal converter. This digital data is stored and further processed on a computer. More instruments are similarly recorded and then mixed in the computer to form a song.” the 27-year-old musician tells Electronics For You in an email interview.

An alumni of Berklee College of Music in Boston, Goel trained in the Dagar tradition of Dhrupad singing (Indian Classical) with Pandit Nirmalaya Dey. He owns a degree in ‘Electronic Production and Design’ and a minor in ‘Video Game Scoring’. This helps him utilize electronics to create immersive music for listeners in today’s world.

“The major offered at Berklee gave me a great platform to absorb technical and composition knowledge. Along with that, I studied Video Game Scoring that fed my love for writing music for video games,” recalls the India-born composer.

A large number of electronic music producers use controllers like the Ableton Push on stage instead of guitars and keyboards. “Controllers such as Imogen Heap’s ‘The Glove’ and Haken’s ‘Continuum Fingerboard’ are truly innovative,” says Goel.

While ‘The Glove’ lets users interact with musical parameters in a 3D space, ‘Continuum’ is more widely being used by music producers due to its growing adoption by artists like Jordan Rudess from the band ‘Dream Theatre’ and A.R. Rahman.

“A. R. Rahman actually used the Haken Continuum in ‘Rehna Tu’ from the movie ‘Delhi 6’ thus bringing it into the Indian Pop domain,” Goel tells Electronics For You.

Synthesizers and fresh approach to music-making

Real acoustic instruments are no longer the only tools to create music. Analog and digital synthesizers are being used more and more in many different genres of music including pop, jazz, rock, funk and film scores.

“Availability of affordable electronic music equipment has enabled musicians to produce good quality music at home. Music producers like ‘Skrillex’ and ‘Diplo’ are making chartbusters with a laptop and headphones”, says Goel.

Electronics is not just facilitating the development of new music but is also considered to be reducing entry barriers for beginners. Goel believes that the swift adoption of electronics in the music world has led to the rise of the bedroom studio.

“Suddenly, any kid sitting in his living room can hope to write the next big hit or produce a viral YouTube music video. Availability of cheap electronics has made this a reality,” Goel continues.

However, all this does not mean that electronics has completely overtaken conventional musical instruments. It is still nearly impossible for a computer to replace the sound of a real orchestra

“Making virtual ‘real’ instruments such as sampled pianos, strings, woodwinds etc. is something that music software companies are still trying to get a hold off. It is hard to make individually recorded notes have the same expression, as when a 100 people play and feel it together,” Goel says.

Some latest software developments are allowing music producers to ‘mix’ and ‘master’ their music. The software use algorithms to analyse and process the music using existing templates. This is something the music industry across the world is worried about.
“The geeky side of me finds the technology and its implementation fascinating, but the musician in me dies a little because it reduces the art of mixing and mastering music to a formula. And in art – one size does NOT fit all” remarks Goel. 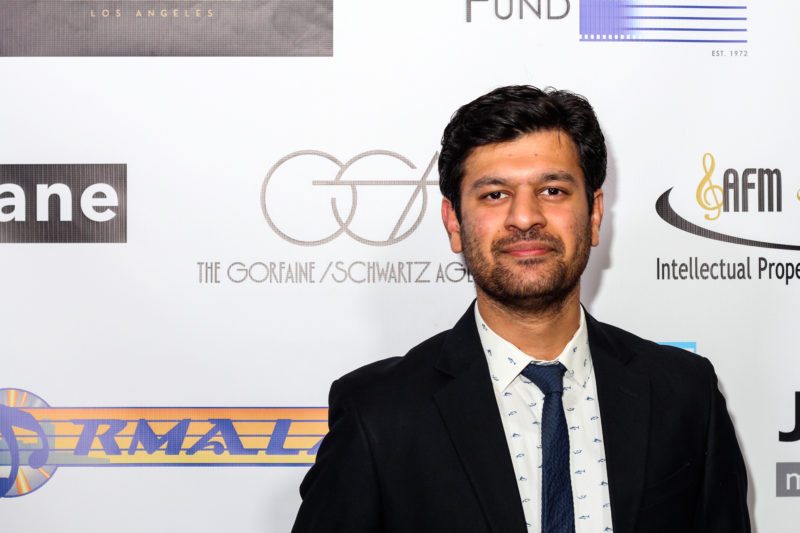 ‘Made in India’ tagged developments yet to take place

According to a recent IBIS World’s report, musical instrument sales increased 10.1 percent annually to 7 billion USD per annum in China. A large part of the Chinese instrument market contributes to the electronics in the music industry. Similarly, the music electronics industry in the US is worth billions of dollars. But India is not in the race so far.

“Manufacturing of electronics in music is a big global market that India can be an important part of. I feel manufacturing in basic to mid-level speaker systems, keyboards, MIDI instruments and amplifiers might be good areas for Indian companies to enter as manufacturers with their own in-house brands,” emphasises Goel.

One of the reasons why India needs to enter the growing space of electronic music instruments is the expansion of Bollywood. The domestic film and music industry in the country demands audio equipment on a mass level. Independent music producers and Indie bands can also be the target for locally produced electronic instruments.

“As a composer and music producer, I would love to see an Indian brand manufacturing high-fidelity audio gear and software that I can be a proud owner of!” Goel concludes.

[stextbox id=”info”]Dhruv Goel has been involved with many big projects over the past few years. In 2014, he arranged music and performed with the Berklee Indian Ensemble at the Symphony Hall in Boston along with Oscar-winning composer A.R. Rahman. He has also composed the music for Myriam Raja’s movie Tehzeeb in 2015 that won awards at various film festivals such as the ‘Royal Television Society Awards 2016’ and the ‘London Short Film Festival 2017’. Additionally, the vocalist/music producer composed music for Khadejah that was commissioned by the British television broadcaster ‘Channel 4’ and has recently finished writing music for a travel show based in Sri Lanka called ‘Crossroads’.

“I love working in Los Angeles and will continue to work on projects (films, video games and TV shows) here. However, I would love to do more projects based out of India,” Goel says.

Goel is currently working on producing music videos of some of his own compositions that will be released later in 2017.[/stextbox]