Easy And Fun Apps For Robotics And VR

Scan the QR codes to download the apps based on the operating system of your device.

EZ-Builder allows you to control your robot(s) from your mobile device. Its simple graphical interface allows RoboScratch programming and script modifications, which can deliver robotic features like navigation algorithm, vision tracking and recognition, audio/video streaming and so on. It can control almost any robotics project developed on Windows EZ-Builder (easy-to-use graphical robot-programming platform available at www.ez-robot.com/EZ-Builder for Windows PCs). The project can be accessed through EZ cloud. EZ-Builder app supports movement controls for popular robots like Roomba, Servos and Motors. It comes with Wii Remote emulator and, therefore provides you the usage of WiiMote. 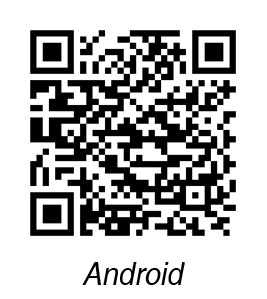 A relatively new automation application, E-Robot has a simple interface to let you set algorithms for your device, to execute functions and debug the programs. Commands are written based on events and triggers. The application supports 150 action types and 170 event types, each of which can be parameterised for better execution. You can assign manual operations for actions as needed. It collects position data based on geo-coordinates set by Wi-Fi networks or cellular data. The app supports JavaScript programs. Backup and full restore feature is also available. E-Robot is available for Android only as of now.

Mobile VR Station is a great tool for viewing normal photos and videos (both 2D and 3D) using VR technology. Meant for both Android and iOS users, this application is compatible with almost any VR headset. View includes 3D left-right and up-down imagery as well as 360-degree movies. Full version of the app can play up to 4K videos (check device compatibility). Supported formats include .mp4, .m4v and .mov. You can view sub-titles while using and accessing external video content using UPnP and DLNA.

Trinus VR allows you to play Windows PC games in VR with your existing hardware. You will need a mid- or high-end smartphone (compatible for gaming) with in-built gyroscope, Windows PC, active Wi-Fi connecting both PC and smartphone, and VR headset (Google Cardboard, GearVR, Homido, FreeFly, etc). Trinus VR connects the smartphone to the PC and projects the running game on the connected VR headset. It can project any non-VR PC game, and has support for SteamVR and specific TrinusVR-integrated games.

If you want to experience photos in VR, Google’s Cardboard Camera can be a great app to start. You can take panorama and 3D photos with Cardboard Camera. When you view the photos using a VR headset (like Google Cardboard), it provides the very sense of VR of a 3D photo. There are many interesting features to explore in this app.