Intel has recently launched Intel Arc, a Discrete Graphics family for Laptops and has announced Intel Arc 5 and Intel Arc 7 for desktops and workstations. The Arc A-series is based on Intel’s new Xe High-Performance Graphics microarchitecture also called Xe HPG, which has been developed specifically for gamers and digital creators. 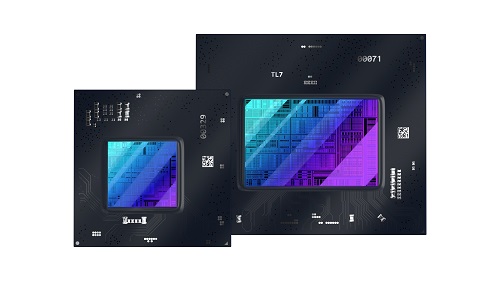 The company claims that the Intel Arc 3 graphics that are designed for laptops can deliver up to 60 FPS at 1080p on a range of latest gaming titles and similar outcomes in advanced content creation. While the more powerful Arc 5 and Arc7 can deliver even better performance. Intel is also collaborating with game studios to ensure that the newer gaming titles come optimized for Intel’s Arc GPU series. The series supports DirectX 12 Ultimate and hardware-accelerated ray tracing and Xe Super Sampling (XeSS). It also has features Intel’s AI-based imaging technology XeSS which can enhance gaming performance. To increase the adoption of this newer platform, Intel is planning to open up the XeSS SDK and tools so that it improves industry-wide adoption across a wide range of hardware and software.

The GPUs also feature Dynamic Power Share which can prioritize the engine performance according to the workload and allocate power to the processor or the Arc graphic product as and when needed, which can improve performance up to 30% during power-intensive applications.

According to the company, the series support acceleration for a wide set of video codec and also includes the new AV1 hardware-accelerated encoding and decoding which is 30% more efficient than H.265.3. Furthermore, the display engine can support high-resolution HDR displays, including Display Port 2.0 10G for 4K at 120hz uncompressed. The Arc series comes loaded with Intel’s Deep Link Technology which allows Intel ARC GPUs to utilize the power of Intel CPUs and integrated graphics which results in better performance.