Primarily, there needs to be a revolution in the developers’ thought process, so that they start thinking and designing software in ‘parallel’ mode. While some call programming for multi-core as an emerging technology, others argue that it is merely common sense! It does not make sense to develop an application in the traditional, sequential way, and then thrust it on a multi-core processor and expect it to complete the work fast. In fact, doing this might wreak havoc amongst the shared resources. 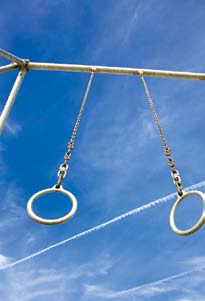 Developers need to split their programs into parallel tasks intelligently, to ensure proper communication and synchronisation between the various sub-tasks and to avoid software bugs such as race conditions. Plus, developers also need to understand the hardware architecture to a minimal extent at least, to understand how the resources—especially memory—are shared between many cores, and write the application such that the resources are shared optimally. At present, the general sentiment is that shared memory becomes a bottleneck when there are more than four cores. Such bottlenecks can be avoided if developers sequence and coordinate the sub-tasks in a neat way.

All this is not easy to do, and undeniably, programming for multi-cores and other parallel computing systems is a difficult task. But the challenge is eased to an extent if the developers choose the right concurrent programming languages, libraries, application programming interfaces and parallel programming models.

It is interesting to note that the makers of multi-core and multi-processor platforms, such as Intel, are also making efforts to educate developers on how to write parallel programs and multi-threaded applications. The Parallel Programming resources on Intel’s website (http://software.intel.com/en-us/parallel/) include not just learning materials but also discussion boards and forums where developers can get their doubts cleared. Initiatives such as OpenCL (an open standard for parallel programming of heterogeneous systems) and Cuda (a parallel computing architecture provided by NVIDIA) are also worth consideration.

TV gets a facelift
Television is one space that has made a lot of progress in the past year and promises to be a hot space in the coming year too. Exciting features are being added to existing models, while new technologies are invading the flat and high-definition television (HDTV) space. The market for television, as always, is very high. All in all, a high-growth area.

Last year’s forecasts spoke about the emergence of HDTV as a key development in the consumer electronics space. This year too, HDTV is a hot topic. Almost all brands now have HDTVs on sale. Service providers such as Tata Sky and Reliance Big TV are offering HDTV content. Increase in paid, interactive services and more channels along with a fall in prices will lead to a greater demand for HDTVs in the coming year.

Plus, the other hot feature cropping up in the HDTV space is Internet convergence. Several models available today, from brands including Sony, Sam-sung, LG, etc, can be connected to the Internet – enabling the viewer to connect to photo-sites like Flickr or Picasa and view their pictures on a flat screen, stream video from sites such as YouTube, listen to music from the Web, etc. 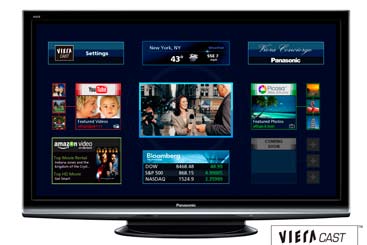 As we mentioned in our November 2009 article on flat-screens, Internet connectivity could be used by manufacturers for remote diagnosis of problems in your television, delivery of software or driver updates, etc. Television manufacturer Sharp has already started offering such services in the international market.

Another emerging technology that promises greater power for the television is Diiva – the digital interactive interface for video and audio – developed by a consortium of consumer electronics makers in China. The Diiva 1.0 specification is now available. Diiva refers to an all-in-one cable that combines a high-speed, bi-directional data channel; uncompressed high-definition video; and multichannel audio capability to allow users to connect, configure and control various consumer electronics (CE) devices from their digital TVs, while enjoying an enhanced multimedia experience at the same time.

A recent report by the Consumer Electronics Association, USA, predicts that 2010 might see the rise of 3D television and content, although the market might not grow at such a speedy rate as that of HDTV did. They have based this fore-cast on surveys conducted by them wherein customers who had seen 3D movies in theatres expressed a keen interest in 3D TV sets and 3D channels. While manufacturers have already started offering 3D capable models, the demand and the number of models available might grow once 3D channels become available. Satellite television providers such as Sky TV in the UK and DirecTV in the US are hinting at the launch of 3D movie channels in the coming year.

Sensors
Man likes to control everything, and the first step to controlling everything is to know more about whatever he wishes to control. Perhaps it is this basic psychology that has led to the notable growth in the field of sensors – both in terms of technology and the market. 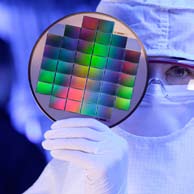 First Animal/Bird Language Translator Enabling You To Talk With Nature

First Animal/Bird Language Translator Enabling You To Talk With Nature