Merits and Demerits of Setting up Smart Grids

With more than 1.2 billion people in India and 230GW of installed capacity, any small improvement in the utility will have a magnified effect when it comes to gains. Smart grid technologies are vital to meeting India’s deficit in electrical power. Let us see where we are with its implementation -- Dilin Anand and Abhishek Mutha

In a power-starved country like India, technologies that can revolutionise the power grid may not have arrived at a better time. People, who feel that smart grid technologies only help those who already have access to basic electrical power, are mistaken. Not only they modernise our aging grids but they also help move towards more efficient power transmission, thus making more power available for distribution. 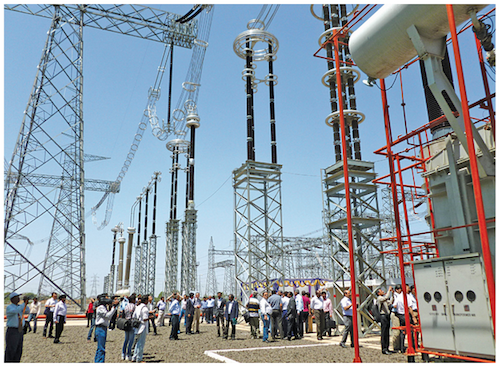 Fourteen smart grid pilot projects were approved for 50 per cent funding by the government of India in July 2013. The Smart Grid Vision and Roadmap document for India, a joint document by Ministry of Power, India Smart Grid Task Force and India Smart Grid Forum, was also released.

Out of the total 230GW capacity, the private sector contributes 73MW with approximately 12 per cent coming from renewable energy sources. 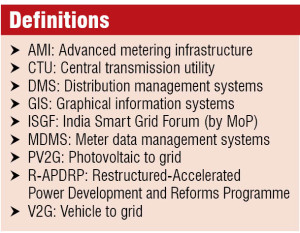 When we talk about fast-moving markets, energy is a big one. Smart grid is a really big investment area around the world where the engineers need to move fast, but the requirements are not really specified yet. Thus there is a lot of opportunity for innovative solutions here. The Ministry of Power’s Smart Grid Vision and Roadmap for India, released in the second half of 2013, already places highest importance to providing supply of electricity to all households by 2017 through smart grid technologies. Most of these only implement basic building blocks required for smart grids, so the infrastructure can be later leveraged to transform them using smart grid technologies.

Reji Kumar Pillai, president of the India Smart Grid Forum (ISGF), states in the roadmap preface that, “India can build smart grids with little or marginal costs as we have much better business cases for the same from huge efficiency gains that can accrue through automation and elimination of wastages of all kinds.” He adds that the market size of smart grid projects envisioned in the smart grid vision roadmap is about 30-40 billion dollars in the next 15-20 years.

The Power Grid Corporation of India Limited (POWERGRID) has a 1200kV ultra high voltage (UHV) AC national test station, which is the world’s highest voltage level, located at Bina in Madhya Pradesh. The station provides a ground to test new equipment and technologies at a voltage level never seen before. Manufacturers worldwide have flocked to Bina to jointly explore whether 1200kV is a feasible new technology. 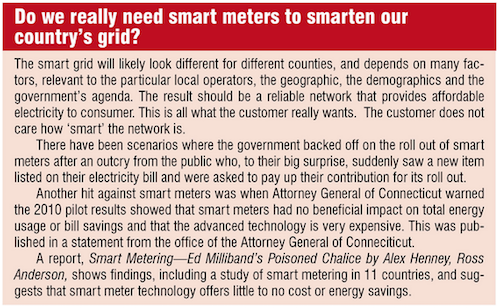 Incoming investments. BORG Energy India will invest US$ 45 million in Indian market for rural electrification and engineering, procurement and construction (EPC) projects within six months after January 2014. BORG is also planning to set up an R&D facility in 2016 towards nanotechnology in solar panels, said Joseph Fournier, director, BORG Inc at a press meet on 13th January.

CG has invested Rs. 80 million in a manufacturing facility for smart grid devices, which has been set up in Bangalore and can employ more than 100 people. The smart grid facility will manufacture substation automation products, distribution automation devices, protection and control systems, advanced metering infrastructure (AMI) and telecommunication solutions. It will also offer global engineering services such as systems integration, installation and commissioning. The facility is fully equipped with modern equipment to ensure an annual production capacity of 10,000 units of power line carrier communication terminals (PLCCs) and intelligent electronic devices (IEDs).