Never has the physical fitness training been so interesting before. From visualising streets of different countries while cycling to adjusting the resistance of the bicycle, virtual reality (VR) is bringing fun and intelligence to physical activities.

Not only the VR technology but also the sensors are acting as miniature input devices to the Internet of Things (IoT) today. One such example is LeChal smart shoes, which use sensor technology to act as a navigator for the visually impaired and trekkers, minimising the use of maps and Internet connection on mobiles.

From gesture recognition to speech recognition, several new input techniques have come up as strong competitors to the traditional input technology.

Barcode readers, optical mark readers, magnetic ink character recognition readers, optical character recognition readers, magnetic stripe readers, sensors and biometric devices are automatic input devices. Some sensors are passive as these need an external controller to drive them, while some are driven by mechanical principle. Some sensors need digital signal levels, while a few sensors are hybrid in nature, which can be used to drive relays or indicators.

As we move forward with the technology, there is always a need to keep improving the design part. For instance, biometric devices have evolved over the years to allow authentication based on facial recognition, voice recognition and vascular recognition. Not just biometrics, there are several other updates in the input technology.

Improved sensor technology is being used at all levels, whether at industrial scale or day-to-day life, saving time by increasing the pace of work. 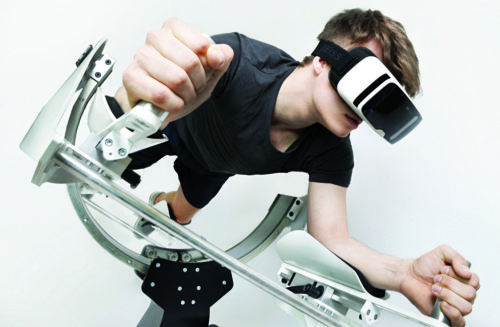 T. Anand, co-founder and MD of Knewron Technologies, informs, “The tiny radar chip technology developed by Google in a joint venture is one of the most important upgrades in sensor technology.” The chip houses a Soli sensor and an antenna array in an 8x10mm2 package, which are managed using the haptic movement of fingers virtually.

Soli sensors can recognise 3D gestures through fingers and hands. To implement these, manufacturers have used a combination of hardware, software and algorithms. Another benefit of Soli sensors is that these hardly require a large bandwidth and high spatial resolution. Thus, the expense of setting up a high-bandwidth system can be overlooked with this 60GHz ISM-band low-power device.

Due to their low-power, low-bandwidth requirements, Soli sensors can be extensively used in wearables, cars, smartphones and IoT devices. Soli’s accuracy of tracking and sensing fractional finger movements are helping the developers at Google to build a smart development kit too. So, in the near future, you could be able to start a car just through gesture recognition by a low-power input device.

The product, jointly developed by Google and Infineon, is going to find many applications once it is released. In fact, a joint venture of LG and Google is already working on a wearable based on this technology. 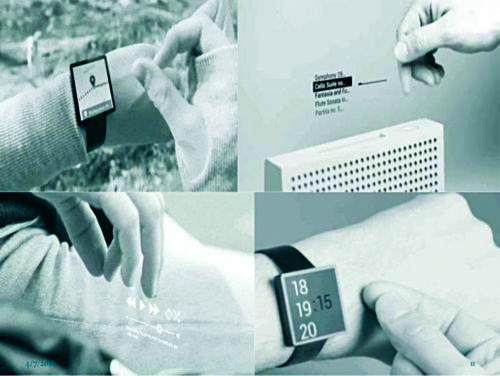 MEMS sensors were used for microphone applications too, but it was difficult to give an input that yielded noiseless output. Industrial-grade MEMS sensors have now reached around 70dB signal-to-noise ratio (SNR). That means voice commands can be captured from a long distance and traced with minimal losses and interference. The higher the SNR ratio, the lower is the noise produced.

This year, the market for MEMS sensors is said to touch one billion dollars. Not just in microphones, MEMS sensors are going to play a major role in the advancement of automobiles too. For instance, the ADAS system in cars combines MEMS sensors for different functionalities such as gyroscope, accelerometer and speedometer in one place. Thus, smart use of combo MEMS sensors has simplified large boards with different applications and cut down manufacturing costs.

Last year, Tesla announced the use of sensors for its complete electric car solution. Similarly, the market is said to beam up with Lidar sensor technology, which is specially developed for image processing by cameras in automobiles.

Lenovo, Motorola and Xiaomi are among the key customers of combo MEMS sensors.

Smart cities and industries will use the IoT, which will be primarily wireless based. Sensors deployed for various applications will sum up to form a wireless system. So wireless sensors are enablers for the IoT and the Industrial IoT (IIoT).