Toys Catching up with Robots

The border between the world of toys and robots is no longer a differentiating line, but an overlapping band—with many of today’s toys being nothing short of robots albeit lower-end ones! With sensors, actuators, microprocessors and wireless units, the making of today’s high-tech toys is a scientific task -- Janani Gopalakrishnan Vikram

Remember the toys we played with when we were young? Small steam-propelled boats, colourful wind-powered toys like windmills and kites, mechanical toys like giant-wheels, trains and drum-beating rabbits, little plastic and metal cars and vans that were friction-powered—we just had to pull them back and let them rush forth. These were the fanciful toys of our child-hood, which we used to buy from neighbourhood stores, street peddlers and temple-side vendors. Those were lot of fun, but apparently are not so exciting for today’s children. Times are changing, and today’s toy shops look more like science labs. Even the simplest toy is a bump-and-go robot, which was so difficultand costly to mass-manufacture a decade ago.

Inter-disciplinary research, reducing manufacturing cost, easier availability of components, increasing scientific temper amongst children, and the rising affluence of the educated class are fuelling the demand and supply of educational and entertaining toys, which are so high-tech that they can easily qualify as robots or mini-computers. 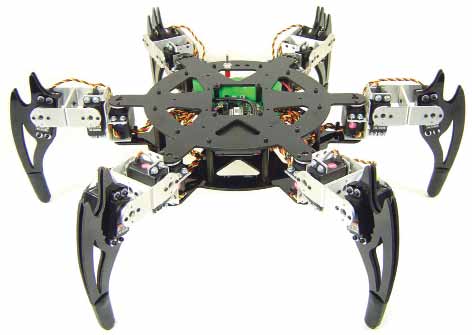 “Nowadays, it is very difficultto draw a line between a toy and a robot. As the toys are getting advanced, a simple inexpensive robot find it difficult to compete with the features and functions of a sophisticated toy, at least from the user’s point of view. Of course, for toys, the aesthetic value is high too,” says T. Jayakrishnan, director and country manager, Energid Robotics and Machine Vision.

Although this trend has caught on in India only in recent years, the history of robotic toys dates back to many years ago. “The firsttoy robot is believed to be the yellow, boxy, clock-work called Robot Lilliput, invented and mass-manufactured in Japan sometime between 1930 and 1940. It was followed by another Japanese toy called the Atomic Robot Man,” says Jayakrishnan. Replicas of these are still available in certain foreign markets and online stores.

Of course, today’s robotic and computerised toys are much more complex. They seem more like a set-up of numerous electronic and mechanical components, often even microprocessor boards, in the guise of a happy toy! Most of these toys are not just entertaining but educational as well, since they boggle the child’s brain and foster new ideas and technical skills.

Are these toys or robots?

Look at some of the high-tech toys available in the market today and you really cannot differentiate between a toy and a robot. One of the best examples of the current-generation high-tech toys is Lego Mindstorm’s NXT 2.0 Intelligent Brick, which has four sensor inputs and three actuator outputs. It is a robot toy you can build and program. The programming is done through a graphical user inter-face, which lets you fit together logic building blocks like a flowchart.Once the flowchart is ready, the code can be downloaded into the machine to perform the task. The program can be modified and dumped into the machine any number of times till the desired output is achieved.

WowWee’s Robopanda is another example of an entertaining robot toy. It is a playful and talkative interactive friend. Robopanda loves to share stories and jokes, play games, sing songs and talk with children of all ages. It can even crawl on all fours and return to a sitting position. Its working is controlled by interactive cartridge-based content. The user can expand the repertoire of Robopanda’s stories, games and activities by changing activity and story cartridges (sold separately). WowWee has other toys such as Robosapien, Dragonflyand Roboraptor.

“Tomy’s iSobot and Sony’s Rolly are other good examples. Not to forget Roborapter and Pleo—the dinosaur toys,” says Jayakrishnan. “WowWee’s Roboraptor was launched in 2005. The 81.28cm (32-inch) toy has a multi-function remote control that utilises infrared (IR) technology. It is equipped with several sensors that let it interact with its surroundings. It can walk, move around obstacles and run. It can even collect items while running. In 2006, a more complex robotic dinosaur toy called Pleo was launched by Innvo Labs. The toy imitates the appearance and behaviour of a young Camarasaurus. The toy’s large skull conceals the many sensors and motors used for its movements. Pleo’s artifcial intelligence enables each toy to learn from its surroundings and acquire a unique personality. Jayakrishnan adds that Sony’s AIBO, although discontinued now, was a wonderful toy or pet robot with emotions and impulses due to artificial intelligence.