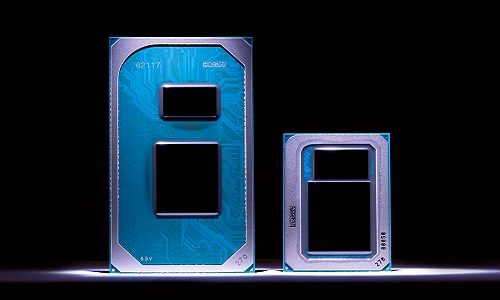 By combining a common and seamless developer experience with software and tools like the Edge Software Hub’s Edge Insights for Industrial and the Intel Distribution of OpenVINO™ toolkit, Intel offers faster time-to-market and delivers more powerful outcomes with optimised, containerised packages to enable sensing, vision, automation and other transformative edge applications. For example, when combined with 11th Gen’s SuperFin technology process improvements and other enhancements, OpenVINO running on an 11th Gen Core i5 processor delivers an AI performance that has twice faster inferences per second than an 8th Gen Intel Core i5-8500 processor when running.

The processors deliver an increased 23 per cent in single-thread performance, a 19 per cent gain in multithread performance and up to a 2.95x performance gain in graphics gen on gen. New dual-video decode boxes allow the processor to operate upon 40 simultaneous video streams at 1080p 30 frames per second and output up to four channels of 4K or two channels of 8K video. AI-inferencing algorithms can run on up to 96 graphic execution units (INT8) or run on the CPU with vector neural network instructions (VNNI) built-in.

All this makes the enhanced processor suitable for IoT applications that require high-speed processing, computer vision and low-latency deterministic computing.

They can support 4Kp60 resolution on up to three simultaneous displays, meet strict functional safety requirements with the Intel® Safety Island and include built-in hardware-based security. These processors have a variety of use cases, including:

“By 2023, up to 70 per cent of all enterprises will process data at the edge. 11th Gen Intel Core processors, Intel Atom x6000E series and Intel Pentium and Celeron N and J series processors represent our most significant step forward yet in enhancements for IoT, bringing features that address our customers’ current needs, while setting the foundation for capabilities with advancements in AI and 5G,” said John Healy, vice president of the Internet of Things Group and general manager of Platform Management and Customer Engineering at Intel.

The company aims to provide robust solutions for the US$ 65 billion edge silicon market opportunity by 2024.