Small, low-cost microcontrollers can be used to implement various types of electronic controls in lighting power-supply systems. Using light-emitting diode (LED) and fluorescent lighting as examples, here we show you how a microcontroller enables control and efficiency, as well as intelligence for closed-loop monitoring and communication -- Steve Bowling 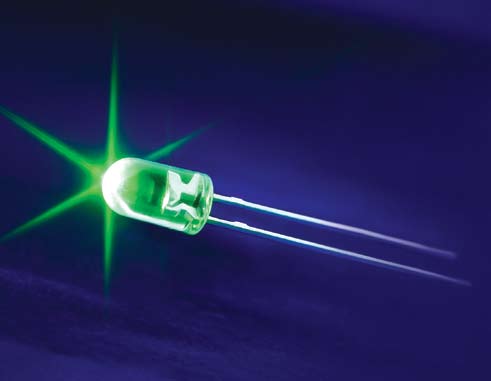 APRIL 2009: Electronic lighting control is an emerging application in power electronics. One common driver of this market is the resulting efficiency. The addition of a small, low-cost microcontroller unit (MCU) increases efficiency besides providing other benefits in lighting power-sup-ply systems.

For example, an MCU can be added to a LED lighting system for efficiently controlling the brightness of the LED over its entire operating range. (LEDs provide a durable source of light with efficiencies exceeding those of incandescent bulbs.) Similarly, for fluorescent bulbs, which are also a very efficient source of light, electronic control via an MCU allows the bulb to dim to any level, thereby increasing efficiency. The MCU can also monitor bulb currents to ensure that its brightness level remains constant.

Other benefits of using an MCU are active power factor correction (PFC) to further increase the efficiency, battery charging for portable lighting applications and the opportunity to integrate communication protocols such as DALI and DMX512.

The energy used by lighting
A significant amount of energy usage can be saved by switching to more efficient types of light sources and the use of electronic controls. The state of California has some of the most strict energy regulations in the US, and for good reason. It uses approximately 265,000 GWh of electricity each year, and the peak demand increases annually at a rate of 2.4 per cent. This increase in demand is equivalent to the output of three 500MW power plants. It is estimated that their energy-reduction efforts have saved $36 billion so far, and will save another $43 billion by 2013.

The efficiency of a light source, or efficacy, is defined as the amount of light output divided by the electrical input power. The light output is measured in lumens. The efficacy of several types of light sources is shown in Fig. 1.

The incandescent light bulb, hardly modified from Edison’s original invention, is still widely used in residential applications. The California data showed that 59 per cent of all residential lighting energy was consumed by incandescent sources. However, the incandescent bulb offers the lowest efficacy of all sources, except for the candle.

The data drove new energy standards in the state of California, known as Title 24. The state has published compliance manuals for residential and commercial applications. To give an idea of how Title 24 is affecting the lighting industry, here is a summary of the residential requirements for new construction and remodeling:

2. At least half of the installed wattage in kitchen must be high-efficacy. The other light sources must be switched separately.

3. Lighting installed in garages, bathrooms, laundry rooms and utility rooms must be high-efficacy or controlled by an occupancy sensor.

4. Lighting in other rooms must be high-efficacy or controlled by an occupant sensor or dimmer.

5. Outdoor lighting must be high-efficacy or controlled by a photocell or motion sensor.

6. Ballasts for lamps over 13W should be electronic type with a switching frequency of 20 kHz or higher.